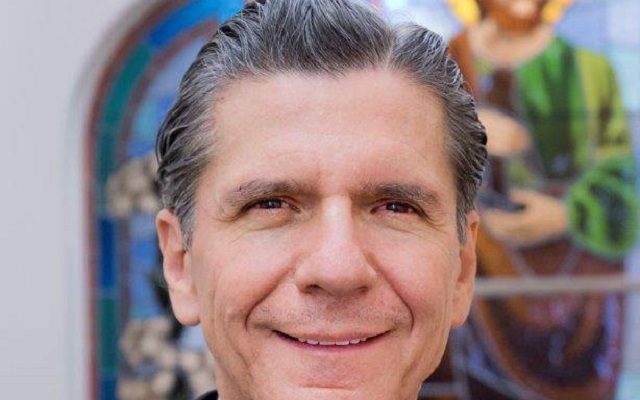 UPDATE: SAN ANTONIO (KTSA News) -Archbishop Gustavo-Garcia Siller has released a statement in response to a series of tweets railing against racism, pleading for gun control and calling President Trump a racist.

In a video posted on the Archdiocese of San Antonio’s Facebook Page Tuesday evening, Garcia-Siller expressed his regrets that his comments on twitter “will not focus on the issues in question, but on an individual.”

In one of his tweets, the Archbishop urged the President to stop hate and racism “starting with yourself.”

In the videotaped statement following two days of tweets, Garcia-Siller said ,”Every individual has dignity given by God and everyone must be respected and loved as children of God, especially in our conversations and interactions.  We must be aware of this in our expressions about the President of the United States, which deserves our respect.”

His tweets posted Sunday and Monday followed the shooting in El Paso where 22 people were killed by a man who reportedly wanted to kill as many Mexicans as possible.   Another shooting in Dayton, Ohio left 9 people dead, including the shooter’s sister.

“Families affected in the shootings in El Paso, Dayton, Ohio and Gilroy, California, need our prayers. Two years ago here in southern Texas the community near Sutherland Springs was also the stage of a similar tragedy. This evil makes no sense and will never be fully understood,” he said in the video, adding that “there can be no explanation that justifies such scenes of horror.”

Garcia-Siller noted that  the bishops of the United States  last year approved a document titled “The incessant call to love – pastoral letter against racism.”

The  letter stated that, ” despite many promising advances achieved in our country, racism still infects our nation. … racist acts are sinful because they violate justice.”

The archbishop says , “Morally no one has the right to make racist statements. These are the topics on which I want to tweet and preach, and start a renewed dialogue. Let’s focus on this. I pray that this will start constructive national conversations on these issues that affect many people in our country.”

He said  rhetoric is used to incite “fear and resentment against foreigners, immigrants and refugees.”

SAN ANTONIO (KTSA News) –  The leader of the Archdiocese of San Antonio is using social media to rail against racism,  lash out at President Trump and call for gun control.  In a series of tweets Sunday and Monday, Archbishop Gustavo Garcia-Siller called the President a “very poor man” and urged him to stop hate and racism “starting with yourself.”

His tweets come in the aftermath of the mass shooting in El Paso that left  22 people dead and more than 20 others injured.  A white man from the Dallas area gunned them down with a semi-automatic rifle, reportedly targeting Hispanics at a Walmart store Saturday. He allegedly left behind a manifesto in which he referred to a “Hispanic invasion.”

Sunday, a 24-year-old man killed 9 people,  including his sister, in the Dayton, Ohio’s entertainment district.

The archbishop tweeted that violence is escalating and the rhetoric and “selfishness of many in power has led to destruction and pain. Enough, enough and enough.”

He wrote that racism is a sin and “God is offended by this.” Garcia-Siller also called for gun control, saying it’s urgent.

“More lives wasted in vain.  Families suffering.  We are suffering. Basta!!!” he tweeted.

Violence is escalating everywhere. The retoric and selfishness of many in power has led to destruction and pain. We rise with love , forgiveness and tenderness as we care the wounds of those innocent people affected by hatred, racism and discrimination. Enough, enough and enough