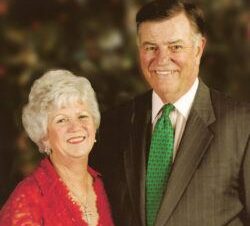 Mays, the founder of what is now iHeart Radio died Monday.

It was 50 years ago that Mays co-founded San Antonio Broadcasting Company with Red McCombs.

The company became Clear Channel Communications then iHeart Radio while expanding throughout Texas and eventually the rest of the United States.

Mays was born in Harris County, Texas and attended Texas A&M University. After graduating in 1957, he enlisted in the United States Air Force.

Mays continued his affiliation with A&M. He served on the Board of Regents for many years. The school renamed its business school after Mays in 2002.

“A really big tree fell in the Aggie forest today. We will never forget what he did for Aggieland.”