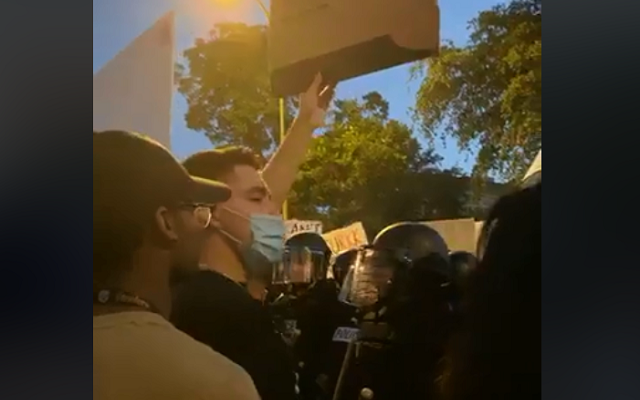 Many of the speakers brought up the death of Darrell Zemault, who was shot by a police officer serving domestic violence warrants.

“The fact that Darrell Zemault Sr. was murdered two days ago and we are still here having this conversation, having to convince this council that defunding the police is a good idea is absolutely disgusting,” said a woman who addressed the council before the vote.

Mayor Ron Nirenberg tried to assure the activists that their voices are not being ignored.

“There’s a lot of work to do and there’s a lot of pain in the voices that we hear from our community, and we’re going to be working every day to address them and work together in doing so,” said Nirenberg. “The deaths of Black lives at the hands of the police have shed a bright spotlight on the work we have all yet to do, and we will do, to improve policing and public safety in the United States.”

The death of George Floyd in Minneapolis sparked protests and calls for defunding the police across the country.  Floyd died after a Minneapolis police officer pressed his knee against his neck for more than 8 minutes as Floyd gasped,” I can’t breathe.”

Councilman Manny Pelaez said George Floyd’s name “has been seared into our consciousness and it’s a name that should continue to motivate us to fix what’s broken, but I’m not doing my job if I don’t  remind everybody that there are other names were should not forget.”

Pelaez then named some San Antonio police officers who have been killed in the line of duty.

He also said many of his constituents have told him they want a well-funded police department and more officers patrolling their neighborhoods.

“I can’t ignore those voices, and just because they don’t show up to city council and holler at us  and because they’re not marching in the streets doesn’t mean that I don’t listen to them,” said Pelaez. My job is to balance interests, to listen to everybody and to make difficult choices.  Today, we’ve been called upon to make a difficult choice and I’m not going to shy away from it.”