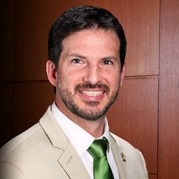 SAN ANTONIO (KTSA News) — The City Councilman who represents downtown San Antonio has been censured by his fellow council members.

A vote was held Thursday morning on whether or not to censure District 1 Councilman Mario Bravo.

The Council also issued a vote of “no confidence” in Bravo.

The move comes after an incident in September in which Bravo shouted at Councilwoman Ana Sandoval prior to voting on the city budget.

Bravo was reportedly upset that Sandoval wasn’t going to vote in support of his plan on how to spend excess money generated by CPS Energy.

Bravo and Sandoval had been involved in a romantic relationship prior to the incident.

Bravo recused himself from Thursday’s vote. Sandoval was absent, as was Councilman Clayton Perry who is dealing with the fallout from an alleged hit and run incident.

“On the morning of September 15th, I became emotionally overwhelmed and betrayed my own values. I did not handle myself well that day and I stand by my public apology. Since that day I have sought spiritual guidance and focused on deep reflection and personal growth. I am ready to take feedback and make amends, and I commit to holding myself to a higher standard. I fully intend to uphold my duty to serve the citizens of District 1 and I look forward to continuing to work with my council colleagues.”

“My hope is that, going forward, City Hall can be a place free of the type of events that occurred on September 15, so that I may continue to represent District 7 to the best of my ability. Thank you to everyone who has contacted me to check on my well-being over the past few weeks. I do not intend to comment further on this matter.”

The vote doesn’t remove Bravo from City Council and does not prevent him from voting.