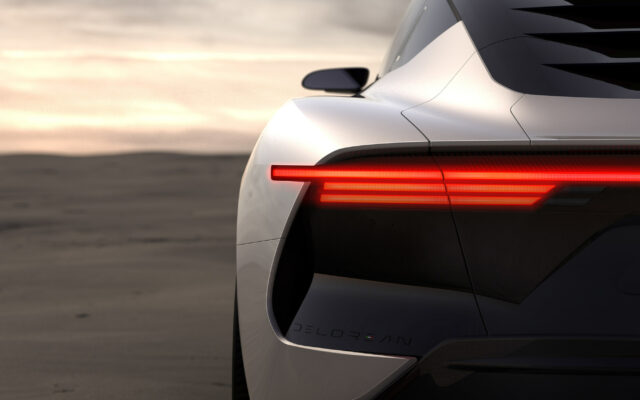 Image courtesy of DeLorean / DeLorean released its first sneak peek of their electric vehicle on April 4, 2020.

SAN ANTONIO (KTSA News) — The City Council will vote to give automaker DeLorean nearly half a million dollars to bring manufacturing jobs to San Antonio.

The move to San Antonio would create about 450 jobs which DeLorean said would be mostly executive, management, and engineering roles.

The San Antonio Express-News reports that in addition to the created jobs coming to the city, DeLorean would also need to invest more than $18 million into its planned headquarters at Port San Antonio.

DeLorean reportedly will hire the employees by 2026. The city grant agreement stipulates that all workers at the headquarters will earn more than $50,000 per year.

In addition to the grant, the city council will also vote on whether to name DeLorean as a qualified business under the Texas Enterprise Zone Program in the event the company moves into Port San Antonio.

The Texas Enterprise Zone Program is a state sales and use tax refund program aimed at encouraging private investment and job creation.

Companies included in the program must meet minimum capital investment thresholds and create and/or retain jobs that employ a certain percentage of economically disadvantaged individuals, enterprise zone residents, or veterans.

The automaker told the city it will begin production on the all-electric vehicle starting in 2024 and will be contracting the manufacturing with an auto manufacturing plant in Ontario, Canada.

DeLorean announced last week the company will reveal the vehicle and its name on August 18 at the Awards Ramp at the Pebble Beach Concours d’Elegance. The company released a teaser image of the vehicle to tide over those excited about the return of the brand.

“Excitement is rising like the doors of our iconic sports car, and we are revealing the next generation prototype 3 days earlier than planned on the most prestigious stage at Pebble Beach” said DeLorean Chief Marketing Officer Troy Beetz.