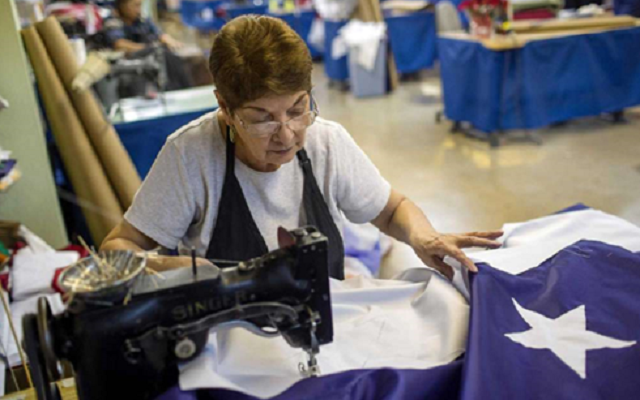 SAN ANTONIO (KTSA News) – Dixie Flag & Banner Company in San Antonio’s East Side is making five flags that will be on display at the U.S. Capitol for the presidential inauguration.

That includes one center flag with 50 stars, two 13-star flags and two Betsy Ross flags, each measuring 12.5 feet by 25 feet.   They’re scheduled to be shipped to Washington, DC by the end of this week.

This marks the 5th time the San Antonio company has produced flags displayed at the U.S. Capitol behind the presidential inaugural dais.

The inauguration for President-elect Joe Biden is scheduled January 20, 2021.