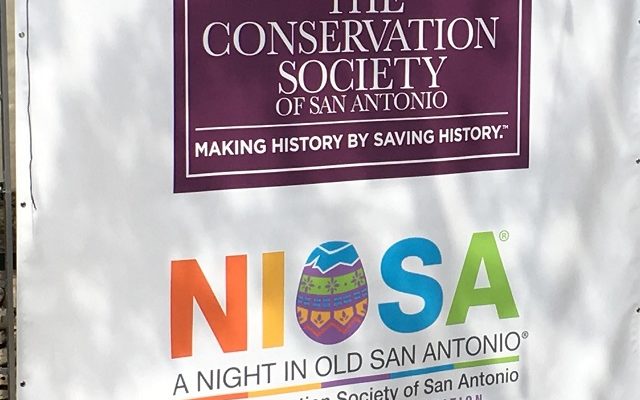 SAN ANTONIO (KTSA News) – The organization that sponsors Night in Old San Antonio during Fiesta is changing its name and its logo.

She hopes the new name will distinguish the non-profit organization as a separate entity.

The Society was launched in 1924 with the purpose of preserving historic buildings and places. In 1929, the Conservation Society purchased the San Jose Mission Granary for restoration, and it was completed in 1933. It also has restored the Navarro House and buildings at La Villita, San Antonio’s original “Little Village.” In 1985, when developers wanted to tear down the Fairmount Hotel to make way for River Center Mall, the Conservation Society stepped in and had the 1,600-ton, three-story building moved six blocks to its current location on Alamo Street, which was no easy task.

One of the primary projects right now is to save the historic 1921 Woolworth Building from being demolished as part of the Alamo Master Plan. There’s been some talk about making it part of the new Alamo Museum, but there’s a possibility that at least a portion of the building could be torn down.

“The Woolworth Building was the site of the first peacefully desegregated lunch counter in the South,” said Zaiontz.

There also are changes coming to La Villita, the site of NIOSA.

“We’re trying to decide how we’re going to make NIOSA move with those changes, but I don’t mean move away from La Villita,” she said. They’re trying to figure out how to adapt to the changes at La Villita.

The Society’s new slogan is “Making History by Saving History.”