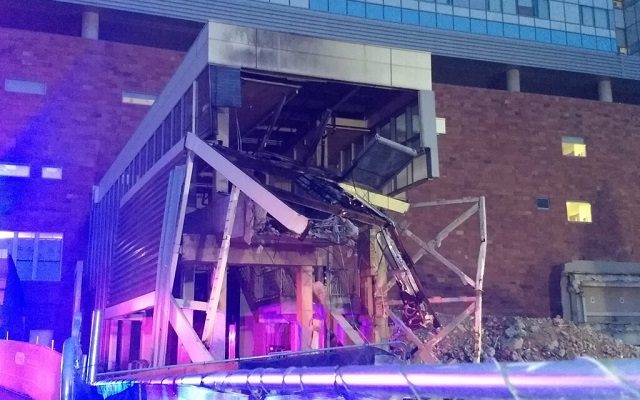 SAN ANTONIO (KTSA News) – A fire at a construction site outside University Hospital caused quite a scare early Monday, but San Antonio firefighters managed to keep it from spreading.

“Command is telling me that the fire was sparked accidentally by some of the construction workers who were doing demolition work,” said Woody Woodward with the San Antonio Fire Department.

Crews responded to the call around 5:30 this morning. It quickly went to a second alarm because of the proximity to the hospital, but the additional crews were called off after firefighters quickly extinguished the flames. There were no evacuations.

“All the patients are safe,” Woodward told KTSA News.

Demolition crews are tearing down an old walkway at University Hospital.

“The fire did spread into the walkway, but the good news is that walkway is no longer in use,” said Woodward.