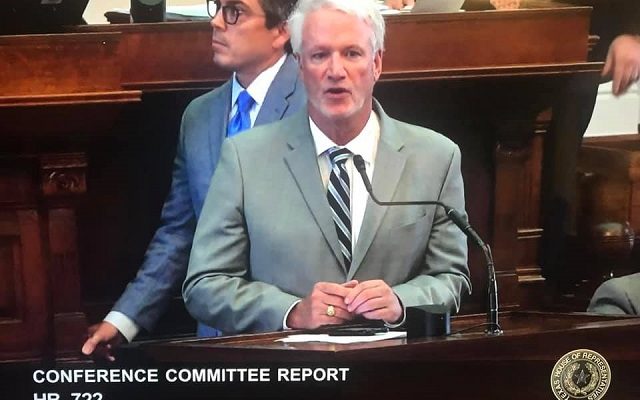 SAN ANTONIO (KTSA News) – A state lawmaker from San Antonio has filed a proposal for a constitutional amendment that would have the Texas Legislature meet every year instead of every odd-numbered year.

State Rep. Lyle Larson says the pandemic  made it “abundantly clear that the Legislature must be able to act more quickly than once every two years.  We missed opportunities to address all aspects of the pandemic’s impact on the lives of Texans — everything from mask mandates, to food insecurity, to hospital capacity, to shutdowns, to public education challenges.”

The Legislature was out of session when Hurricane Harvey hit in 2017, causing some of the worst flooding the state has seen, but Larson says the problem wasn’t addressed for over two years when voters approved a flood mitigation strategy in November of 2019.

The Republican who represents District 122 notes that when the state government was just getting started, it made sense to meet every other year.

“It took more than eight days to travel by stagecoach from Amarillo to Austin. Understandably, legislators from far-flung parts of the state had little desire to make the arduous trip annually,” said Larson, noting that now, the same trek from Amarillo takes eight hours by car and even less time by plane.

He says no successful organization with a biennial budget of $250 billion dollars and a gross domestic product of $1.6 trillion can be managed just five months every two years.   Annual sessions would allow legislators to make revenue projections for a 12-month period instead of 24 months, and events that affect the state budget, such as oil fluctuations, could be addressed more expeditiously.

Larson’s  proposal would have the Legislature meet every year for 70 days from mid-March to May, instead of the current 140 days from January to May every other year.  This 87th legislative session is scheduled to begin January 12th.

Larson says there are no discernible reasons to keep meeting biennially, letting “important state business languish while we wait for the pages of the calendar to fall.”