San Antonio man arrested outside VP’s home texted he was in Washington DC ‘to take care of his problem,’ police say 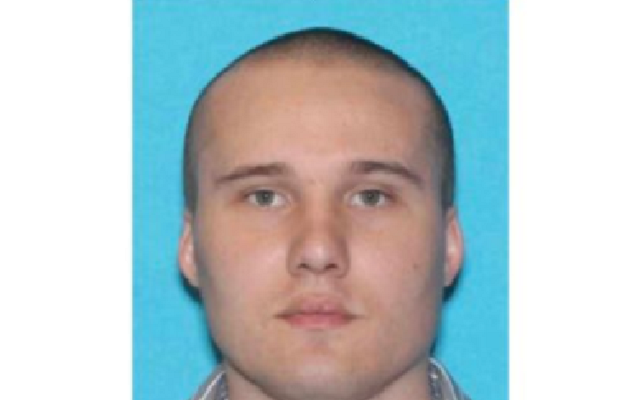 SAN ANTONIO (KTSA News) – A San Antonio man arrested outside the home of Vice President Kamala Harris sent a text message to his mother stating that he was in Washington DC and was going to “take care of his problem,” police say.

A Criminal Intelligence Bulletin from the College Station Police Department obtained by  WUSA9  states that 31-year-old Paul Murray was recently living in Bryan.  He went to the police department lobby March 1 to complain that he’s not getting enough support from the VA or local police.  He also told officers that he’s been prescribed medications, but he stopped taking them because of “intense side effects.”

🚨NEW >> This is regional BOLO for Paul Murray, arrested at the Naval Observatory today:

The property houses @VP residence… Murray, according to this alert, experienced paranoid delusions of people in the military and government wanting to harm him.#breaking @WUSA9 @CBSNews pic.twitter.com/Ri3XVjDk3T

During a welfare check March 3 by the Brazos County Sheriff’s Office, Murray claimed he was attacked  by a group called “3 Stones” while overseas.  He stated he didn’t want to hurt himself, “but might hurt someone else “if it was justified.” He also mentioned owning an AR-15.

Last October, he contacted College Station police to report that he had been drugged or poisoned on a recent trip to Japan.

Murray was arrested Wednesday afternoon outside the official residence of the Vice President at the Naval Observatory in Washington, DC.  Harris hasn’t moved in yet because the house is being renovated.

According to @DCPoliceDept, Murray told Secret Service “he was looking for help, and that he wanted to talk to the President”#breaking @WUSA9 @CBSNewshttps://t.co/9qYU4cBwwv pic.twitter.com/1SnJghPyQv

The following is a statement from the Brazoria County Sheriff’s Office obtained by KTSA News:

“The Brazos County Sheriff’s Office has been in contact with Paul Murray over the past two weeks at the request of family members due to his behavior.

There were no criminal violations found, but our agency continued to
monitor the situation because of concerning behavior and statements, as well as, information that Murray may have been in possession of weapons.

Deputies, working with the family and health care providers to obtain a mental health evaluation, received information that Murray may have been traveling to Washington D.C.  We communicated that information with
our local and federal partners, in an effort to ensure the safety of all involved.

Sheriff Dicky is grateful for the efforts of all the agencies that took part in this event. It is through these efforts to share critical information that situations like this can be resolved without harm to anyone. Protecting our
community is the highest priority of the Brazos County Sheriff’s Office.”