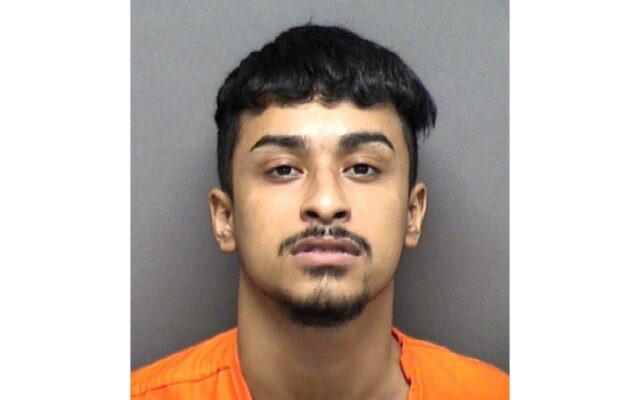 SAN ANTONIO (KTSA News) — A San Antonio man is heading to prison for 40 years after he opened fire on a police officer in 2020.

The Bexar County District Attorney’s Office handed down the sentencing this week after 23-year-old Adrian Cardenas pled guilty to attempted capital murder of a police officer, aggravated assault and robbery.

Officials said Cardenas shot at a San Antonio police officer on October 5, 2020, after he was pulled over. Cardenas was reportedly wanted for assaulting a convenience store clerk during a robbery and hitting his girlfriend’s car with his car.

The bullet hit the officer’s body-worn camera but he was not wounded in the shooting, officials said. Cardenas was wounded by the officer in retaliatory fire.

Cardenas was sentenced to 40 years in exchange for his guilty please for the attempted capital murder of a police officer charge and 10 years for each of the other charges. Officials said the sentences will run concurrently.

“This defendant’s brazen but failed attempt at avoiding his future prison sentence could have had a much different outcome. Officer Ozuna was incredibly lucky that his body camera stopped the bullet. Since his arrest, the defendant avoided accepting responsibility for his actions until Monday with the jury in the hallway. Our community is safer without him on our streets,” said Bexar County District Attorney Joe Gonzales.