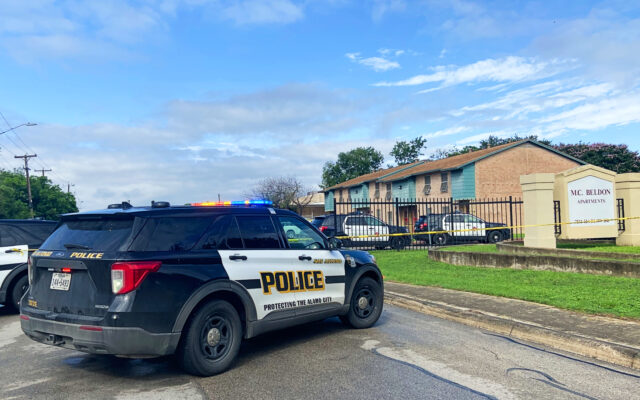 SAN ANTONIO (KTSA News) — A 28-year-old San Antonio woman was shot and killed Monday morning as she was leaving her home to take her children to school.

“What we have here this morning is an absolute tragedy,” McManus said.

San Antonio Police Chief Bill McManus said the woman was found dead behind the wheel of her vehicle with her three children at around 7:15 a.m. on the north east side of town.

The woman’s estranged 30-year-old husband was seen by a witness approaching the vehicle before the shooting, police report. He was taken into custody by police, but has not been charged.

McManus said the estranged husband has violated a protective order multiple times since 2018 and was out on bond at the time of the shooting.

“I can’t express the outrage that something like this could happen after our involvement with this individual so many times.,” McManus said. “… I mean it’s clearly written on the wall what’s going on here. And yet again, here we are.”

McManus said there has to be a concerted effort across the community to help keep victims of family violence safe and to help them feel safe.

“If we can’t do that, then we’ve failed as a criminal justice system,” McManus said.

The children, ages 10, six and two, are in the custody of their grandmother, McManus said.

Police are continuing to investigate and will provide updates as they become available.