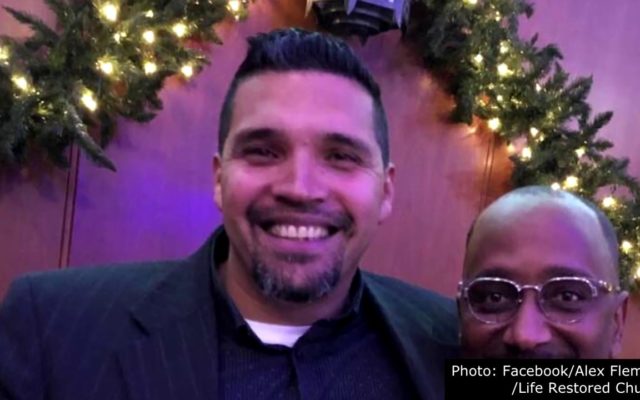 SAN ANTONIO (KTSA News) – A pastor who has been slapped with several code enforcement citations stemming from his efforts to help the homeless is in the news again. Pastor Alex Fleming at Life Restored Church on Arbor Place just west of downtown is proposing a partnership with the City of San Antonio to help the homeless.

Fleming has come up with an ordinance that would waive or reduce fees for zoning, plan amendments and building permits, and health permits for faith based and non-profit groups who provide services for the homeless at least 3 days a week.

He had some help from former city councilman Greg Brockhouse in drafting the ordinance that calls for a “partnership” between the city and the faith-based community and non-profit organizations that help the homeless.

“We want to do it right. We want to be inspected, but we just don’t want to pay those fees when that money can go to feed families,” Fleming said.

Now he’s looking for a current council member to take up the proposed ordinance and get the necessary five signatures to move it forward for council consideration.

“We’re needing a council person to champion it, to sign on to it so that it can go to the next step,” said Fleming.

The pastor says Life Restored Church has helped  about 20 homeless people find Christ, find jobs and get off the streets and into homes.

Fleming is scheduled to go to court next week for citations for zoning and code enforcement violations, including feeding the homeless, converting a shed behind church property into shower stalls and plumbing violations.  The pastor says the church raised thousands of dollars to start building the showers in compliance with city codes, but he says it’s been one issue after another.