UPDATE: Mom and teenage son being questioned after SWAT stand-off at apartment in southwest San Antonio 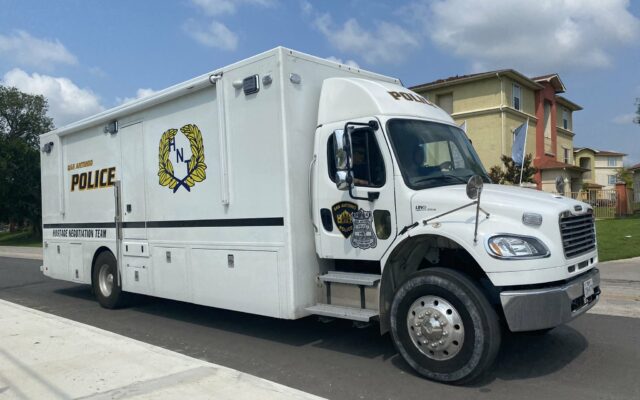 Update 12:00 p.m.: Police are questioning a 13-year-old boy and his mother following a stand-off at Costa Miranda Apartments.

SWAT, support staff and the hostage negotiation team were seen leaving the apartment complex on the southwest side of town around 11 a.m.

Officials said they are continuing to investigate after the mother and son cooperated with police and SWAT to evacuate the apartment.

Police could not provide details on whether a weapon has been recovered from the evacuated apartment or what the relationship between the gunshot victim and the mother and son is.

The gunshot victim’s current condition is unknown. He was taken to a local hospital early this morning in critical condition.

Police said there is no threat to the public.

This story is still developing and updates will be posted as they become available.

San Antonio Police and the SWAT Team are at the Costa Mirada Apartments on Somerset Road.

It started at around 4 A.M. when Police responded to a call for shots fired. Officers arrived and found a man had been shot. He’s in critical condition at an area hospital.

Now they are trying to convince a man to come out of one of the apartment units at the complex. Police say several people may be inside the apartment but they haven’t been able to make contact.

We will provide updates on this story as it develops online at KTSA.com and on the air, 550AM and FM107-1.

One killed in double rollover crash