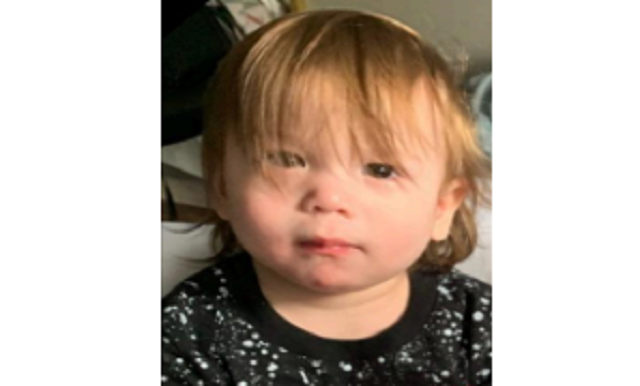 SAN ANTONIO (KTSA News) – As the search continues for a missing 18-month-old boy, police say they found blood on the child’s crib sheet.  His mother is charged with child abandonment after being reported missing.

According to the arrest affidavit, 20-year-old D’Lanny Chairez told police she suffers from mental health issues and wanted her son “to be in a better place.”  She talked about not being ready to be a mother and said that 1-year-old James Chairez “deserves better.”

The child was last seen with his mother Jan. 4 at Walgreens on Marbach Road at West Military.  Security cameras at the same store Feb. 21 show D’Lanny without her baby.  She also was seen on surveillance video, riding a  VIA bus for several hours without the child on Feb. 24.

“Apparent blood was found on a sheet that is consistent with a crib sheet.  This sheet tested positive for human blood,” states the arrest affidavit.

Police say D’Lanny  refused to answer questions about her son’s whereabouts, “but spoke about wanting to give him up for adoption.”  D’Lanny reportedly told a family member “she gave him away,” but was inconsistent in her stories about who she placed the child with.

State. Rep. Ina Minjarez of San Antonio has filed a bill that would expand the Baby Moses law, which currently allows parents to give up their unharmed child 60 days or younger at safe places, such as hospitals, fire stations, police stations, or licensed child placing agencies.   Her proposed measure would increase the baby’s eligible age from 60 days to a year.

“We believe extending the age limit will be essential in preventing injuries  and deaths of infant children caused by a parent who abandons the infant,” Minjarez told KTSA News. “I don’t know if she (D’Lanny) even knew about the current Baby Moses Law and what the options were for her.”

Minjarez believes extending the baby’s eligible age would give parents more time to decide whether they are able to care for their baby or “place the child in safe hands and allow that child to be adopted by a family member or another loving family.”

Minjarez filed the bill in November and if it passes, it could go into effect in September.

“Not all parents have the wherewithal or the resources to know what they can do when they need the help, and I just believe that this bill is really important because I think it will save the lives of innocent infants,” said Minjarez.

Baby James Chairez is 18-months-old and out of the scope of the proposed extension of the Baby Moses Law, but Minjarez says giving parents a year to make such a difficult decision is much better than 60 days.