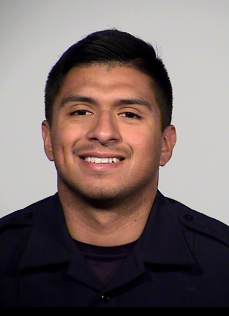 SAN ANTONIO (KTSA News) — A San Antonio Police Officer is in trouble for violating conditions of a bond.

It was around 6 P.M. Sunday when officers arrived in the 13000 block of IH-10 West. They were called to the scene for a possible assault in progress.

They arrived to find Officer Jonathan Montalvo and his girlfriend inside a vehicle that had been involved in a crash.

The woman had some injuries as a result of the crash and told officers that Montalvo did not assault her.

However, Montalvo had been arrested for assaulting her in November of 2019 and a condition of his bond was that he have no contact with her.

When Montalvo admitted that he was living with the woman, he was arrested on a charge of violating conditions of a bond.