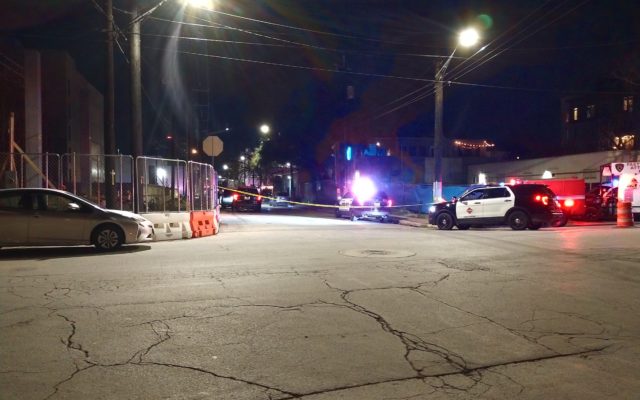 Investigators look for evidence and process the crime scene along the San Antonio River after seven people were shot at Ventura on Jan. 19, 2020. Photo: KTSA/Dennis Foley

The suspect was set to perform at Ventura San Antonio Sunday night, according to an Instagram account Williams said was his.

San Antonio police chief William McManus said Williams and one of the victims got into an argument.  Williams pulled out a gun and started shooting.

McManus said Williams has a notable criminal record and was arrested near Zarzamora.

It is not known what they were arguing about.

San Antonio police say they have arrested a capital murder suspect in the Ventura shooting case.  No further details were provided.

SAN ANTONIO (KTSA News) — Police have released the identities of the two people who were killed in a shooting at a River Walk bar.

21 year old Robert Martinez and 25 year old Alejandro Robles were killed when someone opened fire at Ventura Bar at around 8 P.M Sunday.

There are five other shooting victims who were brought to area hospitals. They are all expected to survive.

The shooting started when a fight broke out during a concert in the club.

All of the victims were club patrons and no employees were hurt.

Police are still looking for the shooter. They believe that at least one of the victims knew the person who opened fire.