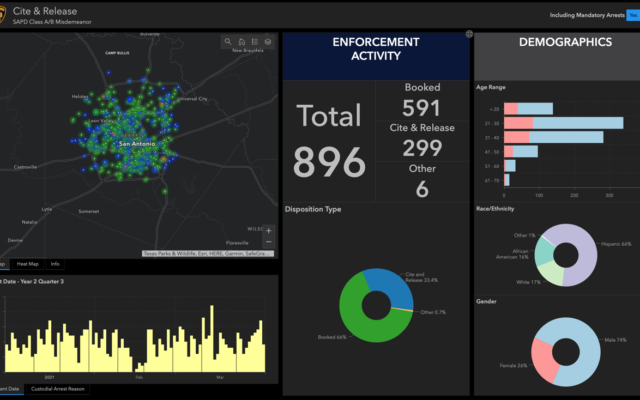 According to the official written report, SAPD encountered a total of 896 individuals eligible for either arrest or issuance of a citation. The department notes that 519 of the individuals encountered had outstanding warrants or multiple arrests that made them ineligible for the cite and release program, leaving 377 total encounters up to the discretion of officers for arrest or release.

You can view the dashboard here.

The dashboard reports that police arrested 72 individuals, cited and released 299 people and 6 others were released due to either medical release, emergency detention, or a public intoxication hold.

The report states most police-involved activities came from people between the ages of 21 and 30, followed by ages 31 through 40 with individuals under 20 have the third most recorded police activity. 69% of people involved in all reported police interactions were male and 31% female, according to the dashboard.