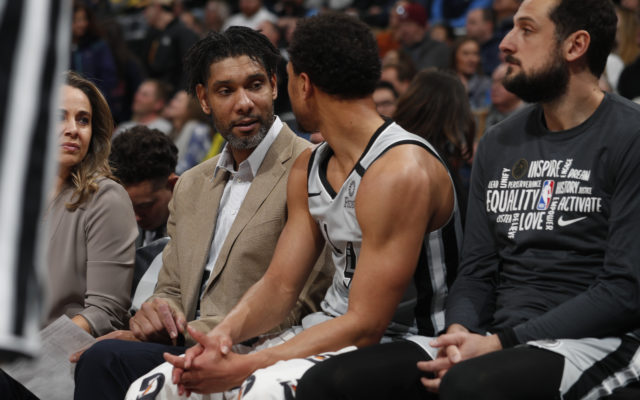 SAN ANTONIO (KTSA News) – The San Antonio Spurs have announced that assistant coach Mitch Johnson has been promoted to fill the spot vacated by five-time NBA Champion Tim Duncan who’s stepping away from his position as a full-time assistant coach.

Johnson played collegiately at Stanford University and spent three seasons playing in the G League and overseas in Europe.

Darius Songaila, who’s been on the Spurs coaching staff as a player development assistant, has been elevated to assistant coach.  The native of Lithuania spent three seasons as an assistant coach with Žalgiris Kaunas in the LKL and EuroLeague before joining the Spurs. He played eight seasons in the NBA, and played professionally in Lithuania, Russia, Spain, Turkey, and Ukraine. Songaila made the move to the United States while in high school and played collegiately at Wake Forest University.