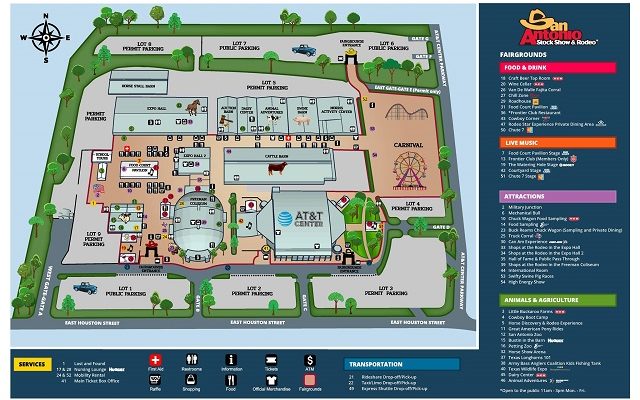 The Texas Department of State Health Services said the Brangus heifer was shown by a student from Miller Grove ISD in Hopkins County at the show from February 11th to February 14th.

The cow was only outside the barn while being shown and transported.

Rabies is spread through the saliva of infected animals.  If you put your hand in the cow’s mouth or nose — or touched other open areas like eyes — you could have been exposed to rabies.

Those people are urged to contact a doctor immediately.

“Rabies can be prevented if treatment is started before symptoms begin, however, once symptoms start, it’s almost always fatal,” state health officials said in a statement. “It usually takes between three weeks and three months for someone exposed to rabies to get sick.”

Those who worked or visited nearby stalls should also be evaluated.  This map shows where the ill cow was being kept.

Bexar County residents who have interacted with that cow or have concerns may contact San Antonio Metropolitan Health at 210-207-8876.  Those who live outside Bexar County can contact their regional DSHS Zoonosis Control office.