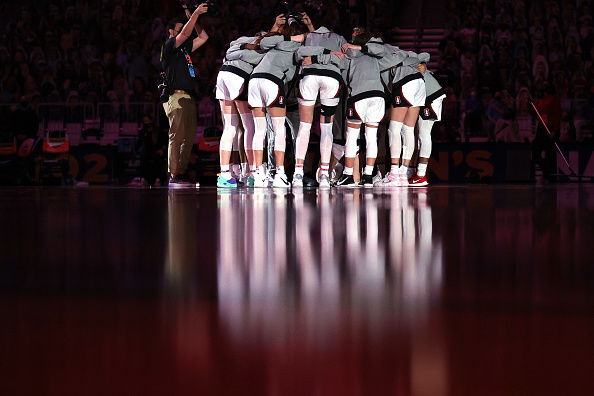 SAN ANTONIO, TEXAS - APRIL 04: Members of the Stanford Cardinals huddle in the National Championship game of the 2021 NCAA Women's Basketball Tournament against the Arizona Wildcats at the Alamodome on April 04, 2021 in San Antonio, Texas. (Photo by Carmen Mandato/Getty Images)

SAN ANTONIO (KTSA News) — Future locations are being named for the NCAA Women’s Final Four, and San Antonio is now in line to host the annual tournament for the fourth time.

In a release, the NCAA Division I Women’s Basketball Committee has named the Alamodome as the chosen location for the 2029 NCAA Women’s Final Four.

San Antonio has previous experience hosting the tournament with the Alamodome serving as host in 2021, 2010 and 2002.