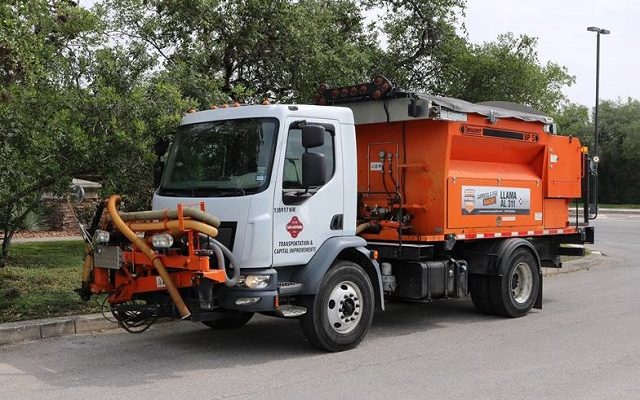 SAN ANTONIO (KTSA News) – It takes one person and a truck to fix 100 potholes a day, but this is no ordinary vehicle.  It’s a high-tech, Spray Patch pothole repair machine on wheels.

“He first sprays out all the debris with a high-pressure air spray, and then he starts to put the aggregate mix that turns into asphalt,” said Berry. “It’s much faster, much more efficient and much safer than our current way of repairing potholes.”

He says the traditional  pothole repair truck with two crew members can fix 30 a day, compared to the Spray Patch single-operator truck, which can handle up to 100 a day.  The City of San Antonio has four of the high-tech trucks, in addition to  the traditional two-person crews.

If you see a pothole on a San Antonio street, call 3-1-1.  Berry says they’ll fix it within two business days.