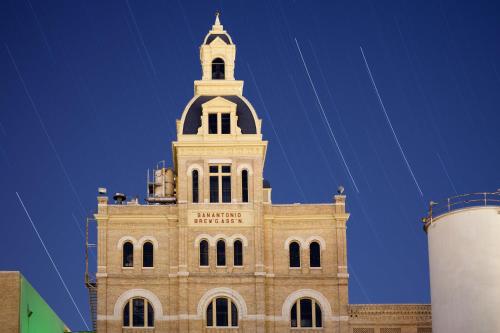 courtesy of Triple A

SAN ANTONIO (KTSA News) – AAA has unveiled the coveted 2019 Five Diamond Award list totaling 121 hotels. Included on the list, two Texas hotels and one of them just happens to be in San Antonio.

The Hotel Emma, which occupies the former Pearl Brew House on East Grayson, has met or exceeded Triple A’s standards of excellence.

Triple A Inspector Vincent Munoz tells us this group represents just 0.4 percent of the more than 27,000 AAA Inspected & Approved hotels across North America.

“The ranking of 5 Diamonds is the epitome of the art form of accommodations.”

Munoz tells us Hotel Emma did everything right.

“It starts when you walk in to the lobby, even before you check in. The experience has to be perfect. From the courtesy of the check in staff to the housekeeping. We look at everything. The Hotel Emma is so unique in it’s construction. Such a vision by it’s owner to come out and do something totally radical, totally different. San Antonio is lucky to have something like Emma. In fact, the entire Pearl area is a true gem.”

Triple A only awards it’s 5 Diamond ranking to about .04 percent of the more than 27,000 AAA Inspected & Approved hotels across North America.