San Antonio’s jobless rate could be worse than Great Recession 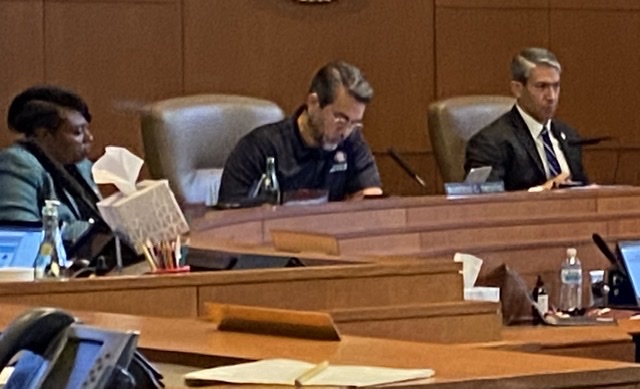 Deputy City Manager Maria Villagomez told City Council those figures would surpass the ten percent jobless rate at the height of the Great Recession in 2009.

She’s also predicting a budget shortfall as the city continues to lose revenue from the hotel-motel tax, the airport, the Alamodome, the Henry B. Gonzalez Convention Center and city-owned parking lots as the coronavirus crisis continues.

The gloomy economic forecast came before the city council officially voted to support the Stay Home, Work Safe order issued Monday by Mayor Ron Nirenberg. It went into effect at 11:59pm Tuesday and will remain in effect at least until April 9.

“We’ve got to protect people’s health and save lives if we’re going to save this economy,” Nirenberg said. “Issue number one is to save lives and then we will work together to rebuild the economy.”

Assistant City Manager Rod Sanchez told the council there have been numerous violations of the order that shut down non-essential businesses, especially by gym owners.

“Some of them had workouts outside, but that’s not allowed, “ Sanchez told KTSA News. “Other gyms had several employees inside shooting videos for their clients.”

No citations were issued. Sanchez says Code Compliance officers explained the Stay Home order to them, and the owners complied. They’ve also received numerous complaints about call centers not abiding by the social distancing guidelines.

Nirenberg says if these businesses continue to violate the order, they could be fined up to $2,000. The Bexar County order calls for a maximum fine of up to $1,000 plus jail time.

“People need to understand, this is not a drill. We are working to protect our community’s livelihoods, their health and ultimately, the economy which we will leave to our children and our grandchildren,” said Nirenberg. “

But on the dais, it seemed that the seating arrangements for council members may not have been in compliance with the social distancing guidelines.

KTSA News asked the mayor if the distance between the seats on the dais had  been measured.