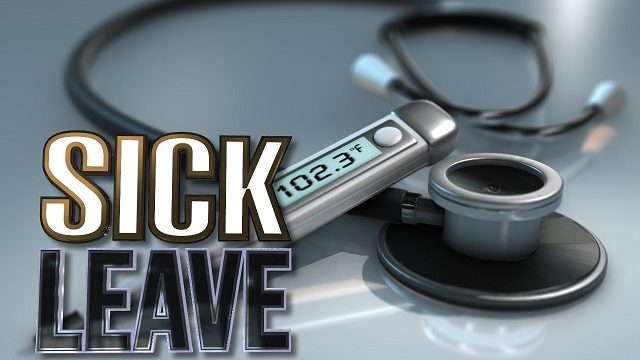 SAN ANTONIO (KTSA News) – Starting August first, San Antonio businesses with more than 5 employees will have to start paying sick leave to those who work more than 80 hours a year.  Companies with five employees or less won’t have to abide by the city’s paid sick leave ordinance until 2021.

“This applies to all employers that pay employees who work within the city limits of San Antonio,” said Campos.

Even those businesses located outside the city will have to pay sick leave to employees who do work here.

“If the work is done here in the San Antonio city limits, they do have to abide by the paid sick leave ordinance,” Campos told KTSA News.

At a meeting of the city’s Paid Sick Leave Commission Wednesday, there was discussion about the possible legal issues business owners may face because some of their employees would get paid sick leave for work they do in San Antonio, while others would not be eligible because they work outside the city.  Companies outside the city of San Antonio also have balked at the amount of paperwork the city’s ordinance will require.

While the ordinance goes into effect August first for the larger companies, Campos says there will be a grace period.

“From August 1 to April 1, 2020, we are going to be focusing on education and training.  There will be no penalties assessed ,” said Campos.

However, penalties will be assessed  during that time for retaliation.   An employer may not transfer, demote, discharge, suspend, or reduce hours or directly threaten these actions against an employee for requesting or using paid sick leave or for reporting a violation.  Penalties are $500 per violation.

San Antonio Metro Health has scheduled several information sessions before the ordinance goes into effect.  The first one is scheduled from 11:30 this morning until 1 this afternoon at Stinson Airport on Mission Road.  Five others are scheduled as follows:

You can see a list of Frequently Asked Questions concerning the paid sick leave ordinance here.