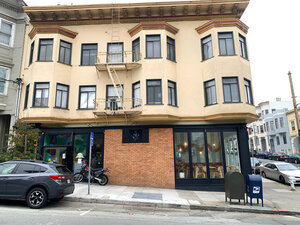 SAN FRANCISCO (AP) — The owners of a San Francisco restaurant have apologized for denying service to three police officers over the weekend because their weapons made their staff “uncomfortable.”

The owners of Hilda and Jesse Restaurant apologized in a social media post published Sunday following an outcry and calls to boycott the eatery because the officers were asked to leave shortly after they sat down Friday.

The officers would be welcome back to the restaurant in North Beach when they were off duty, out of uniform and without their weapons, the post added. The post was deleted Monday.

“We made a mistake and apologize for the unfortunate incident on Friday when we asked members of the San Francisco Police Department to leave our restaurant,” Rachel Sillcocks and Kristina Liegas, the co-owners of Hilda and Jesse Restaurant, said in the apology post.

“These are stressful times and we handled this badly,” they added.

On Saturday, San Francisco Police Chief Bill Scott tweeted about the incident and said his department encourages officers to support local businesses and get to know members of the community.

“The San Francisco Police Department stands for safety with respect, even when it means respecting wishes that our officers and I find discouraging and personally disappointing,” he tweeted.

(1/3) Community engagement is a core principle of SFPD’s 21st century police reforms, and we are intentional about asking our officers to support local businesses and get to know those they’re sworn to safeguard. https://t.co/nJsk4hy0tB

(3/3) I believe the vast majority of San Franciscans welcome their police officers, who deserve to know that they are appreciated for the difficult job we ask them to do — in their uniforms — to keep our neighborhoods and businesses safe.