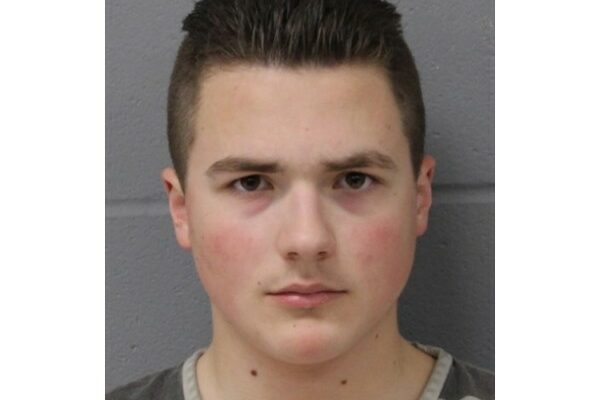 SAN ANTONIO (KTSA News) — An 18-year-old from San Marcos had his first day in a federal court after he was accused of setting fire to a synagogue in Austin on Halloween.

Franklin Barrett Sechriest was arrested on Friday on federal charges of arson.

According to federal investigators, Sechriest is accused of casing the Congregation Beth Israel on October 28, just a few nights before he allegedly set fire to doors using gasoline of the synagogue on Oct. 31, causing more than $25,000 worth of damage.

“Arson at a sacred place of worship shakes the very foundations of our society,” said U.S. Attorney Ashley C. Hoff. “This Office strongly condemns the intentional act of violence alleged in the complaint and will vigorously prosecute this type of conduct to the fullest extent possible. I commend the Austin Fire Department, the FBI and our other law enforcement partners for their outstanding investigative work.”

Investigators were able to identify Sechriest after his vehicle’s license plate was registered to a parent, who he lives with, and noted the vehicle was seen driving to and from Texas State University, where he is a student.

According to the federal criminal complaint affidavit, a special agent with the FBI found the commonly used components to create Molotov cocktails, including three 33 oz. glass bottles, three 32 oz. bottles of lighter fluid, a light and storm-proof matches, inside Sechriest’s vehicle when it was searched in addition to three stickers with anti-Semitic imagery.

Investigators also discovered a journal owned by Sechriest that includes notes reminding him to scout “a target” on Oct. 28, the same night he was seen on surveillance video at the synagogue, the affidavit said, and reported that an Oct. 31 entry in the journal read “I set a synagogue on fire.”

Sechriest had his first appearance in federal court today and has another hearing set for Wednesday. He faces up to 20 years in prison if convicted on the charge of arson.

“I would like to thank the Austin Fire Department for their partnership with the FBI’s Joint Terrorism Task Force in Austin, Texas,” said FBI Special Agent in Charge Christopher Combs. “Our dedicated partnership, in this investigation and many others, serves as an innovative and effective model to ensure the protection of our communities and critical infrastructure throughout the United States.”