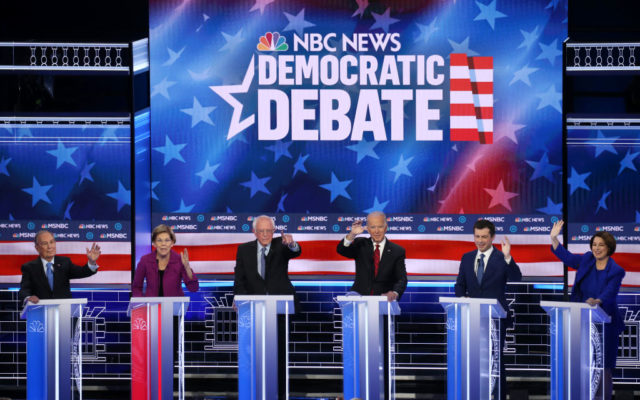 MONTPELIER, Vt. (AP) — Can a socialist own a summer house?

“The best known socialist in the country happens to be a millionaire with three houses,” Bloomberg said of Sanders, the independent Vermont senator who is running for president as a Democrat and calls himself a democratic socialist. That charge prompted an irritated Sanders to start ticking through his real estate holdings onstage.

Yes, he has a home in Washington, where he works; one in Burlington, Vermont, where he lives; and “like thousands of other Vermonters, I do have a summer camp,” Sanders shot back. “Forgive me for that.”

The use of the word camp is a Vermont colloquialism. In other parts of the country, Sanders’ vacation home would be called a cabin or just a summer home. Its purchase price — $575,000 when he and his wife bought it in 2016 — suggests it’s not exactly a rough and rustic shack in the wilderness.

The waterfront home sits in 120-mile-long (190 kilometers) Lake Champlain, between Vermont and New York, on the island of North Hero in a tiny town of the same name. The population of 1,000 at least doubles in the summer, with visitors from around New England, Quebec and New York. Properties range from camps for $150,000 to some higher-end homes on the lake, according to Franz Rosenberger, co-owner of Coldwell Banker Island Realty.

Sanders’ place is a “modest seasonal house” on an acre with a decent amount of lake frontage, Rosenberger said.

“It’s not a fancy house at all. There are no granite countertops, stainless appliances or anything like that,” he said. He believes the cottage was built in 1910 and renovated in 1984, with a small one-bedroom bunkhouse added later.

Sanders’ wife, Jane, said around the time of the purchase that she and her husband paid cash for the four-bedroom house. She had sold a share of her family’s longtime vacation home in Bridgton, Maine, to her brother for $150,000, and to buy the property, added some money from her retirement account and from an advance her husband got on a book he was writing.

It was valued at $540,000 as of 2017, just less than what the Sanderses paid, according to Lisa Keyworth, assistant town clerk.

Sanders’ assertion that “thousands” of Vermonters have summer homes is difficult to check. Vermont has 77,000 second homes, rental properties or camps, according to Douglas Farnham, policy director for the Vermont Department of Taxes. Of the roughly 18,000 camps, about 45% have Vermont mailing addresses, but that doesn’t necessarily mean the owners are Vermont residents, he said.

During the debate, Sanders then asked Bloomberg where his home is, and in which tax haven, to which Bloomberg responded: “New York City, thank you very much, and I pay all my taxes.”

The Bloomberg campaign did not immediately respond to a query Thursday about how many homes he has.