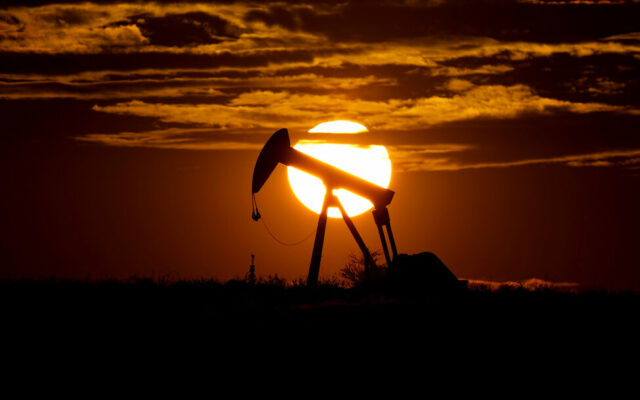 FILE - In this April 8, 2020 file photo, the sun sets behind an idle pump jack near Karnes City, USA. The 23-member OPEC+ group, led by member Saudi Arabia and non-member Russia, meets online to decide production levels from February. Analysts say the group is likely to add 400,000 barrels per day, sticking with the road map they have followed since August to add back that much oil each month. (AP Photo/Eric Gay, File)

The announcement comes as the kingdom remains lockstep with OPEC and other oil-producing countries in a deal limiting increases in production and as energy prices rise higher amid Russia’s war on Ukraine. Already, Americans have had to pay record-breaking prices at the pump for gasoline.

The state-run Saudi Press Agency quoted the Foreign Ministry as saying that “the international community must assume its responsibility to maintain energy supplies” in order to “stand against the Houthis.”

The repeated Houthi attacks will affect “the kingdom’s production capacity and its ability to meet its obligations,” the statement added, threatening the “security and stability of energy supplies to global markets.”

Benchmark Brent crude oil stood at over $112 a barrel in trading Monday.

On Sunday, Yemen’s rebels launched a series of attacks targeting the kingdom’s oil and natural gas production. The Saudi Energy Ministry had said the attacks at the Yanbu petrochemicals complex on the Red Sea coast led to a temporary drop in oil output.

The drone and missile strikes ignited a fire at a tank at a petroleum distribution in the Saudi port city of Jiddah and affected production at the gas facility in Yanbu. The overall extent of damage at the installations remained unclear.

The Saudi government condemned the attacks as posing a threat to the security of oil supplies “in these extremely sensitive circumstances” in the global energy market.

The relentless wave of strikes on Sunday marked one of the most intense Houthi barrages on the kingdom, exposing Saudi defense vulnerabilities and recalling the dramatic September 2019 attacks on two key oil installations that knocked out half of Saudi Arabia’s total oil production.