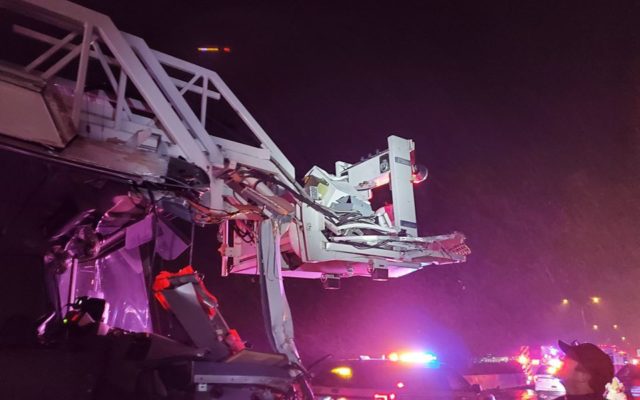 SAN ANTONIO (KTSA News) — There’s a good chance you spent some time tied up in traffic on IH-35 north this morning. There was a bad crash involving an 18 wheeler near FM 1103 at around 3 A.M. which created some real headaches for drivers..and First Responders with the Schertz Fire and Rescue.

A ladder truck that was being used to keep traffic away from first responders was struck by another 18 wheeler. The driver of the second big rig didn’t move over and struck the front of the fire truck causing significant damage to the apparatus.

Schertz Fire and Rescue says thankfully nobody was hurt and are using the incident as an example of how dangerous it can be for first responders when they are on the highways.

They remind motorists who come upon Police, Firefighters, EMS, TxDOT vehicles and Tow Truck Drivers on the highway that Texas law requires that you move over to another lane or slow down to 20 miles per hour below the posted speed limit.