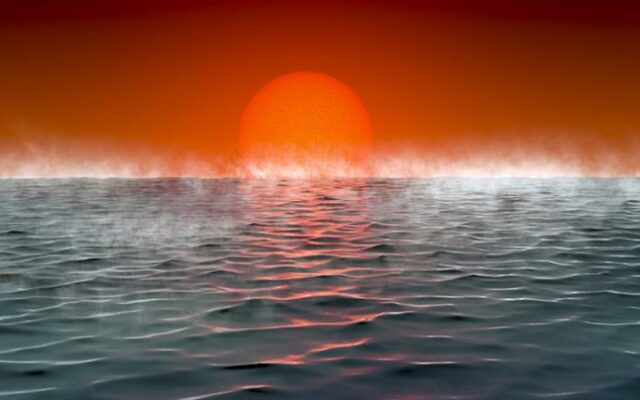 Life outside our solar system may be found within just a few years, thanks to the discovery of a new class of super hot, Earth-like planets, according to astronomers from the University of Cambridge.

The Cambridge researchers identified a new class of exoplanet, called Hycean planets, that, much like Earth, are covered in oceans and have atmospheres rich with hydrogen, an element that is essential for life. Many of the planets are “bigger and hotter than Earth”— up to 2.6 times larger than our planet and reaching atmospheric temperatures up to nearly 200 degrees Celsius, or 392 degrees Fahrenheit.

Hyceans are further categorized as either “dark” or “cold,” with dark worlds only having habitable conditions on their permanent night sides and cold worlds receiving just a little radiation from the stars they orbit. But researchers believe that they could support microbial lifeforms that are similar to those found in the extreme aquatic environments on Earth, and that Hycean planets are likely common throughout space.

“It’s exciting that habitable conditions could exist on planets so different from Earth,” study co-author Anjali Piette said in a statement.

Researchers say their findings, published in The Astrophysical Journal on Wednesday, indicate that discovering life outside of our solar system within the next few years is possible.

Astronomers say a new type of #exoplanet, dubbed 'Hycean' planets, could be our best chance of finding the signatures of life outside our Solar System, potentially in the next few years: https://t.co/Qdu6yyiENj@cambridge_astro @CambridgeIPLU @exomadhu #space

Exoplanets — planets that orbit a star other than the sun in our solar system — were first identified nearly 30 years ago. Thousands of these planets have since been discovered, and most are between the size of Earth and Neptune. They are often referred to as “super-Earths” or “mini-Neptunes” and range from being mostly rocky to covered in ice.

In 2019, Madhusudhan’s team published observations of a mini-Neptune, dubbed K2-18b, and found that it, along with similar planets, could support life under certain conditions. They believe that the planet and others may be home to certain biosignatures, including oxygen, ozone, methane and nitrous oxide, all of which are found on Earth.

“Essentially, when we’ve been looking for these various molecular signatures, we have been focusing on planets similar to Earth, which is a reasonable place to start,” Madhusudhan said. “But we think Hycean planets offer a better chance of finding several trace biosignatures.”

“A biosignature detection would transform our understanding of life in the universe,” he continued. “We need to be open about where we expect to find life and what form that life could take, as nature continues to surprise us in often unimaginable ways.”

Researchers believe that these biosignatures can be detected with spectroscopic observations. Several Hycean worlds could be studied with a next-generation telescope, such as the James Webb Space Telescope, researchers said, which is set to launch this year.