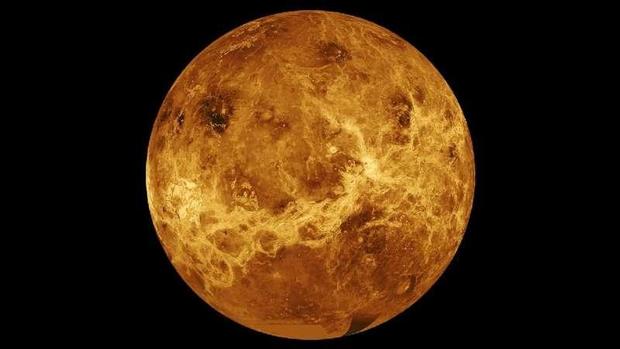 It turns out the clouds of Venus aren’t made of the right stuff to support life — so now, scientists are turning to Jupiter instead.
Hellish temperatures on the surface of Venus can reach nearly 900 degrees Fahrenheit — creating a less-than-hospitable planet. But a study last year renewed hopes that Venus could support life after researchers detected phosphine gas, which is produced by bacteria on Earth, in its more temperate clouds.Now, a new study published Monday in the journal Nature Astronomy, found that the water concentration in our nearest neighbor’s infamous sulphuric acid clouds is just too dry for life as we know it to find a way to survive.

Microbiologist John Hallsworth discovered a terrestrial fungus in 2017 that is capable of surviving at 58.5% relative humidity — the driest conditions a living creature has ever withstood. He decided to test whether they could exist on other planets.

“We bent over backwards to argue that the most extreme, tolerant microbes on Earth could potentially have activity on Venus,” Hallsworth said at a press conference.

Hallsworth found no known living organism could survive our sister planet’s atmosphere, which is equivalent to a relative humidity of 0.4%. His team studied the planet’s “water activity,” meaning its concentration of water molecules, rather than the actual quantity of water, to come to their conclusion.

Water activity is calculated based on direct observations of pressure, temperature and water concentration. Researchers used existing measurements from seven U.S. and Soviet probes and one orbiter mission from the late 1970s and early 1980s.

“It’s more than 100 times too low,” he said. “It’s almost at the bottom of the scale, at an unbridgeable distance from what life requires to be active.”

“The search for extraterrestrial life has sometimes been a bit simplistic in its attitude to water,” said co-author Philip Ball. “As our work shows, it’s not enough to say that liquid water equates with habitability. We’ve got to think too about how Earth-like organisms actually use it – which shows us that we then have to ask how much of the water is actually available for those biological uses.”

The findings come nearly a month after NASA announced two new discovery missions to the inferno-like planet, scheduled to launch between 2028 and 2030. One of those missions could help determine if Venus could have supported life billions of years ago.

“One of the missions will fly through the atmosphere and measure trace gases… which will tell us a lot about Venus’s evolutionary history and will start to address questions like how much atmosphere did Venus have, where did it go, what happened?” McKay said.

Scientists may have ruled out alien life on Venus, but Jupiter still holds promise.

Studying probes that visited other planets, researchers found that Jupiter’s clouds have a high enough concentration of water, and a viable temperature, for life to exist — assuming other requirements, like nutrients, are also present.

“The results were much more optimistic,” said co-author Chris McKay. “There is at least a layer in the clouds of Jupiter where the water requirements are met.”

But it’s a lot easier to rule out alien life on Venus than to prove it’s possible on Jupiter.

“To show that that layer is habitable we would have to go through all the requirements for life and show that they’re all met,” McKay said.

He added that further exploration is needed to determine other factors, like ultraviolet exposure and energy sources. But the research does provide a promising basis to study all other planets in the future.

“We have also performed calculations for Mars and Earth and show that these calculations can be done for planets outside our solar system,” Hallsworth said. “While our research doesn’t claim that alien (microbial-type) life does exist on other planets in our solar system, it shows that if the water activity and other conditions are right, then such life could exist in places where we haven’t previously been looking.”