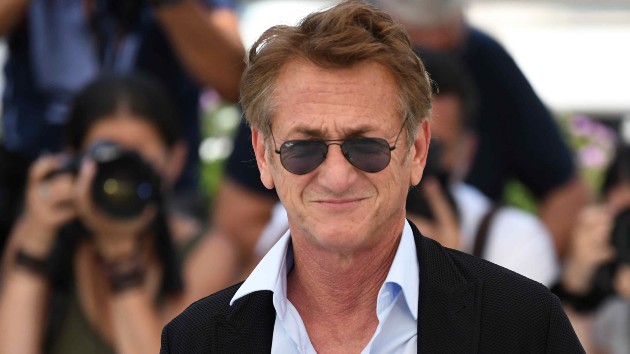 Amid growing concerns over the highly contagious Delta variant spreading across the U.S., Sean Penn challenged Hollywood leadership to impose stricter COVID-19 vaccination guidelines on TV and film sets, according to Deadline.

The 60-year-old actor vowed not to return to work on Gaslit — his Starz series co-starring Julia Roberts — until everyone on the production has been vaccinated for the virus.

Penn is insisting that vaccinating everyone on the set against COVID-19 must be mandatory and is offering to facilitate the vaccination effort, free of charge, through his organization, CORE.

Earlier this week, NBCUniversal, the studio behind Gaslit, mandated vaccinations in “Zone A,” which constitutes the cast and those who come in close proximity to the cast.  Production members must show proof of vaccination when they show up for their next shift.

Penn insists that unvaccinated individuals still put everyone else around them at risk on set, because crew that isn’t in “Zone A” still can come close enough to others to potentially spread a variant — for example, simply by being in the trailer of a cast member, for instance.

This is one of the first examples of a filmmaker or star directly challenging Hollywood leaders to go further than an agreement and impose strong rules on a production by requiring everyone to be vaccinated. If Penn follows through with his threat to stay out, it will delay the production.

Gaslit is a modern take on the Watergate scandal, which focuses on untold stories and forgotten characters of the time.  Penn will play former Attorney General John Mitchell.