Sean Rima: On Nico and the Express-News. 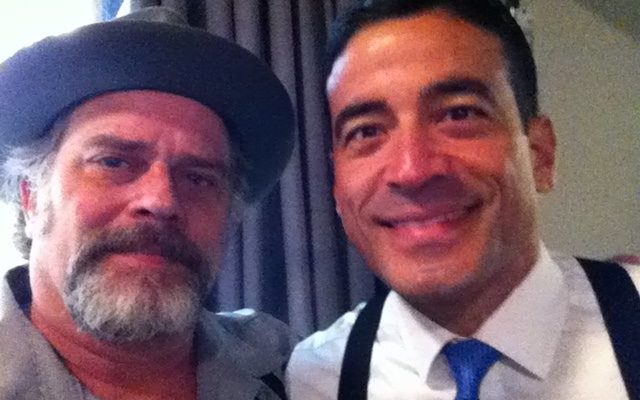 Watching a good man like Nico LaHood getting dragged through the scum-river of politically-biased media coverage has opened my eyes to a sad reality concerning American Journalism.

It’s terminal. It is dying. It is almost dead. It has a Stage 4 cancer called Politics.

To understand this, consider the life and career of a fictional, local reporter we’ll call Billy Jack Off.

Billy is in his mid-forties, which means he was a first-generation victim of an educational system newly-obsessed with Participation Trophies and progressive politics. This left young Billy with a sense of innate entitlement as well as some fairly shitty grammar skills.

In his young adulthood, Billy pursues a career in Journalism. The Old Guard reporters at this time were largely Baby Boomers who had made their bones during the Vietnam and Watergate era. This generation of ‘investigative’ reporters saw themselves not only as journalists, but as crusaders against The Establishment. In the increasingly blurred lines between pure journalism and activism, the rot of politics began to eat away at the marrow of American news media. Billy was breastfed on this notion of the activist-journalist by the pot-smoking godfathers of the 60’s and 70’s.

Fast-forward to Billy Jack Off’s own career in the local media scene of San Antonio.

Having spent a few years developing a pukish world view at the sacrifice of his writing discipline, Billy finds himself ‘reporting’ for a local paper we’ll call the Puke-Express. Let us imagine the editorial board of the Puke-Express is every bit as pukey and biased as our young Billy. As such, Billy lands a solid gig writing for the Express, eventually being rewarded with the cushy gig of filing three ‘columns’ a week.

Weaned on the flawed idea of Journalism-Activism, Billy can’t decide whether he is an opinion writer or a reporter. Given the editorial board suffers from the same confusion, Billy continues to earn a paycheck by farting out fake news stories which cannot decide if they are opinion or truth.

Unfortunately for Billy and his entire generation of so-called ‘reporters,’ the digital age is giving rise to a new awareness of Biased Bullshit, as well as a rolling tsunami of competition from a thousand media platforms. Billy and his colleagues are finding it hard to compete, mostly because their writing sucks and their bias is painfully obvious. Perhaps this explains why the Puke-Express describes Billy as both an “investigative reporter” and a “columnist’.

And so the cancer of political bias grows within the media, gnawing on the ashes of objectivity from a smoldering heap of dead newspapers and canceled cable news shows.

I’m sure if you asked Billy why this is happening, he would probably blame racism or xenophobia or Trump over his own cynism and poor writing skills.

In any event, the only use I have for most newsprint these days occurs once a year during crawfish season…