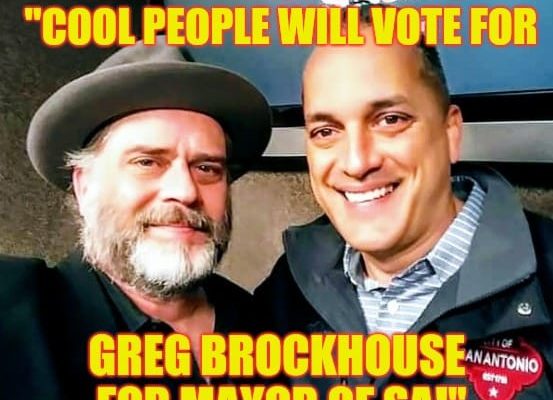 On Saturday, my wife and I watched the live stream of City Councilman Greg Brockhouse announcing that he was running for Mayor of San Antonio. He made the announcement to a crowd of around 150 on the westside, along Old Highway 90.

I like Greg. He grew up on the southside, and, during his comments, he spoke at length about representing all of the neighborhoods of the Alamo City. He spoke about transparency, as well. Honestly, I dig his riff.

I endorse Greg Brockhouse for Mayor. I will be supporting him as much as I am able to.