Sean Rima: The Mayor and the Alamo. 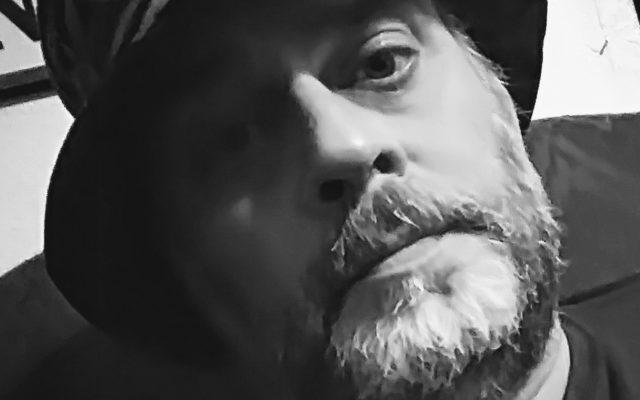 “I think everyone who shed blood in the defense of liberty and the things that they believe in, on both sides, ought to be honored, and that’s exactly what the intent of this redevelopment plan is…”

Whoa. There it is, right there. The true intent of the jive ‘reimagining’ of Alamo Plaza:

Now, to be fair, I have been aquainted with Ron Nirenberg since his city council days, and, as a person, I like him. He’s a nice guy. I would snarf tacos and kill a couple of bottles of Barefoot Merlot with Ron any day of the week, if the opportunity ever came my way. In fact, I would drink vast amounts of wine with all kinds of folks with whom I disagree politically. In this, I have a very simple rule when it comes to the consumption of alcohol:  I only drink when I’m alone or with people. And Ron is ‘people’.

That having been said, he is the mayor and I am a talk show host, and in this, I have a professional responsibility to be honest about my opinions. And I think this whole reimagining thing is a bunch of steamy crapola, and largely politically-motivated.

Nirenberg  and the pukish weirdos in (and out) of City Hall want to “honor” the heroes of the Alamo for their “defense of liberty” and the 1,500 Mexican troops under Santa Anna who slaughtered roughly 200 defenders on that day in 1836 for “the things that they believe in.”

Odd, that. No one ever wanted to honor the German troops and the S.S. for the genocidal stuff they believed in. If you suggested as much when it comes to Nazi Germany, you would be called an asshole and an anti-semite. Remember, President Trump was called a racist for merely suggesting that there were “good people” on both sides of the craziness in Charlottesville, even though it was observably true that there were folks on the Unite The Right side who were not racists or affiliated with any racist group.

In my opinion, Nirenberg’s slip reveals more than he realizes, and only serves to reinforce the idea that this massive and expensive screwing-up of the Alamo is really about political claiming rights, and trendy sensibilities concerning not the ‘reimagining’ of history, but the ‘re-invention’ of it.

Most people following this thing understand that there are rich and influential elements within (and again, without) City Hall who despise the Alamo and desire to tip the scales of history against the defenders and towards the Mexican troops. My sense is that some individuals inside local government are thinking that grinning goober Julian Castro actually has a chance in 2020, and are attempting to hitch their political wagons to his glorious ascension to the Oval Office. Yeah. Good luck with that. There truly is less to Castro than meets the eye, and as far as I can tell, the only interesting thing about the Castro boys is that there are two of them. If they were one dude, he’d be the most boring and unremarkable politician in Texas.

Consider this when wrapping your noggin around the idea of “honoring” the Mexican troops and their Napoleon-wannabe commander, Santa Anna. By current military standards, any American officer who would order the wholesale murder of enemy combatants trapped and held powerless by massive superior forces–instead of taking them as prisoners–would more than likely face Court Martial and prison, even if those combatants refused unconditional surrender, as the defenders did in 1836. Santa Anna could have waited them out, and forcibly taken them all prisoner when their munitions and food supplies were fully depleted. But he didn’t. His order was to “put them to the sword.” That is not someone who is “defending something that they believe in.” It is the cruel action of a murderer and a sociopath. I mean, Jumping Jesus. That’s almost like something Hitler would do.

If you believe the Mexican marauders deserve some measure of honor, you may want to Google the definition of the word.