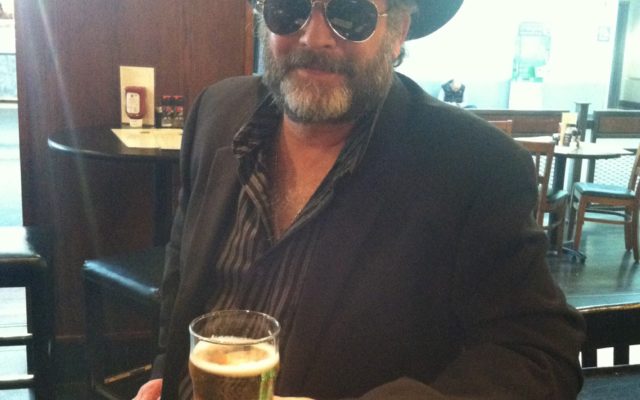 “Unfortunately, you put the wrong people in a couple of positions, and they leave people for a long time that should not be there, and all of a sudden they’re trying to take you out with bullshit.”

Now, as most of you know, I am a Trump supporter. So far, I think he has been one badass president.

That having been said, Trump going off script at CPAC for over two hours was a smidge long for me. Normally, I love his stand-up style, but even Eddie Murphy’s “Raw”–possibly the greatest comedy concert ever committed to film–clocked in at a running time of only 1 hour and 33 minutes.

There were some highlights, of course, such as when he lamented destroying Elizabeth Warren’s political career too early because he would have “loved” to run against her in 2020. But the best moment–and, really, the only one that mattered–is when the President of the United States of America called “bullshit” on the Deep State.

Some folks probably think the word “bullshit” is not presidential, but I would disagree.

Given that multiple congressional investigations and one special counsel investigation have thus far netted not one molecule of evidence as to Russian collusion, what else do you call it?

He’s right. They don’t like him, they hate that he dared to win an election they were cheating to win for themselves, and, in their collective butt-hurtness, they want him gone. And so they invented a crime for which they already knew he wasn’t guilty of. If that isn’t the definition of “bullshit,” I don’t know what is.

As for whether or not it’s ‘presidential’ to drop a cussword at CPAC, well…why isn’t it?

Donald Trump is the 45th president of this country, and I would submit to you that every single president before him had a slightly different take on the job. Each defined what is “presidential” for themselves and their specific era. In Trump’s America, the opponents to this administration have had no hesitation in calling him every cuss word in the book, even managing to refer to the First Lady as a “c-nt” and a whore, as well as wishing the gang rape of his young son in a cage of pedophiles.

Moreover, the only reason a Deep State exists within government at all is because not nearly enough of our elected officals have had the balls to call “Bullshit!” when they encounter such ingrained and cynical corruption. How else do you explain the existence of a tax payer-funded slush fund for assorted congresscreeps to secretly pay-off their accusers of inappropiate sexual behavior out of your wallet and mine?

I applaud the president for calling it like it is.

It is a bunch of bullshit.