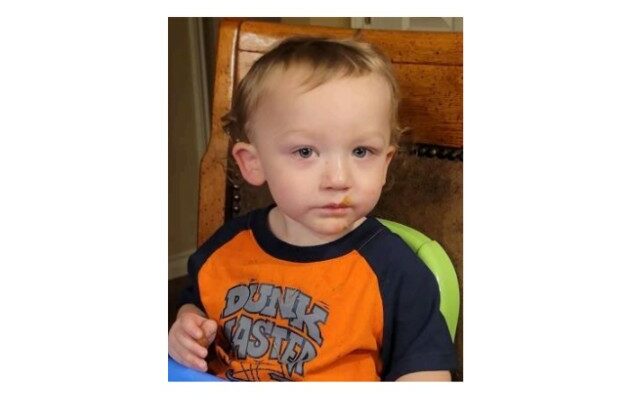 Update 1:45 p.m.: Police said Kayeden has been located and is safe.

Update 1:30 p.m.: Police have updated Kayeden’s Amber Alert with information about the adult he is believed to be with.

Police are also searching for 28-year-old Erik Stutzman who is believed to be driving a 2019 gray Toyota Corolla with the Texas license plate NTZ6442. Erik is 5-foot-8-inches tall, weighs approximately 140 lbs and has black hair and brown eyes.

Officials have not said what Erik’s relationship to Kayeden is.

SAN ANTONIO (KTSA News) — The San Antonio Police Department is searching for a missing infant that officials say may be in danger.