Second Stripes 2019 Selena cup design to be released this weekend 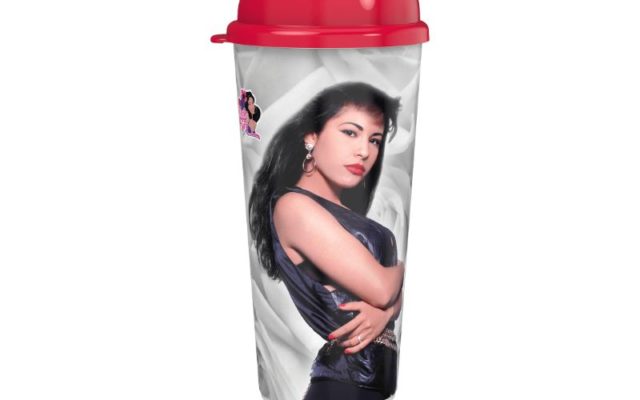 SAN ANTONIO (Texas News Radio) — Another set of Selena collectible cups are on their way from Stripes.

The convenience store chain announced Wednesday it will be releasing the second of three unique cup designs — dubbed the “Selena Rose” — at 10 a.m. Saturday, limit two per person.

The third design will be released in April.

The company said it worked with Selena’s sister, Suzette Quintanilla, to create the three designs.

The “Selena Rose” design features the artist on a backdrop of white roses and a red Selena autograph logo that matches the cup’s lid.

“Our customers and Selena fans showed their support for our Queen of Cumbia cup last month, and their excitement is growing with the release of our second cup, ‘Selena Rose,’ which features an actual photo of Selena and her signature white roses,” said 7-Eleven (Stripes) Senior Vice President, Brad Williams.  “Our cups are limited-edition and we have limited supply, so we encourage Selena fans to get their cups early, while supplies last.”