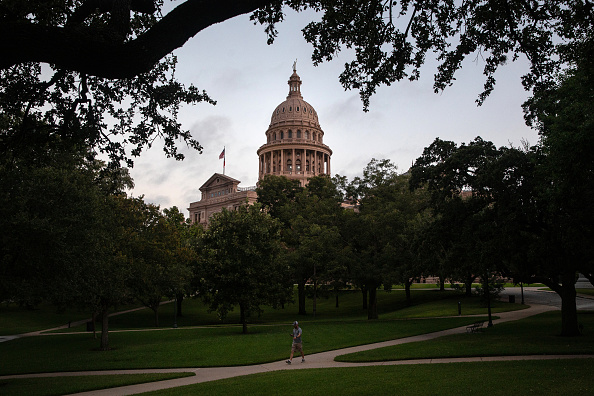 AUSTIN, TX - SEPTEMBER 20: The Texas State Capitol is seen on the first day of the 87th Legislature's third special session on September 20, 2021 in Austin, Texas. Following a second special session that saw the passage of controversial voting and abortion laws, Texas lawmakers have convened at the Capitol for a third special session to address more of Republican Gov. Greg Abbott's conservative priorities which include redistricting, the distribution of federal COVID-19 relief funds, vaccine mandates and restrictions on how transgender student athletes can compete in sports. (Photo by Tamir Kalifa/Getty Images)

SAN ANTONIO (KTSA News) — Texas Secretary of State John Scott will be leaving office at the end of the year.

In a release Monday, Secretary Scott made his resignation official while also stating that he would be returning to his private legal practice.

“When I took office as Texas Secretary of State in October of last year, I did so with a singular goal and mission in mind: to help restore Texas voters’ confidence in the security of our state’s elections,” Secretary Scott wrote in his letter to Governor Abbott.

“This was no small task, and I approached my duty with humility, patience, and an open mind. By listening directly to the concerns of local election officials, voters, and grassroots activists from across the political spectrum, I was able to understand how to better educate Texas voters about their most sacred civic duty. I also gained a deep appreciation for the difficult, meticulous, and often thankless work of local election officials in safeguarding the integrity of the ballot box.”

“I am proud to say that Texas has made tremendous progress in restoring faith in our elections over the past year, and that the Texas Secretary of State’s office has developed a successful framework for analyzing and transparently reporting on election security through the forensic election audit process.”

Secretary Scott officially began serving as Texas Secretary of State on October 28, 2021 after being appointed by Governor Greg Abbott on October 21, 2021.

During his time in office, Secretary Scott presided over four major statewide elections in 2022, and worked continuously to educate Texas voters and the public about the election process, with the goal of restoring confidence in the security of the state’s election systems. Secretary Scott also oversaw the forensic audit of the 2020 General Election in Texas, and will release the findings of the audit before departing on December 31, 2022.