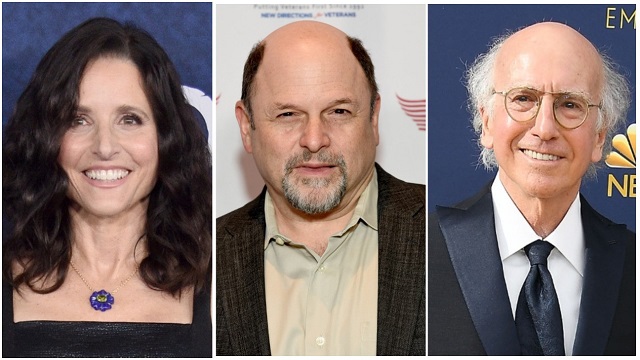 SAN ANTONIO (KTSA News) -Some “Seinfeld” cast members  plan to reunite to raise money for Texas Democrats as the state continues to see a strong turnout at the early voting polls.

Julia Louis-Dreyfus, Jason Alexander and Larry David  will share behind-the-scenes stories and talk about their favorite episodes online in a “fundraiser about something” hosted by Seth Meyers.

“Texas is a battleground state, period. We knew that we had to reunite for something special and the movement on the ground for Texas Democrats up and down the ballot is the perfect opportunity to do just that,” the three “Seinfeld” stars said in a joint statement. “Texans are getting out to vote in droves and showing the world that Texas has never been a red state, it’s been a non-voting state.”

“The eyes of the world are on us. Texas is the biggest battleground state in the country and if we do the work, keep the faith, and turn out every voter, we will win this state, Hinojosa said. “Texas Democrats are rising. This is our moment. Our time is now. We need all hands on deck to get the job done.”

The “Seinfeld” event will be livestreamed at 7 p.m. Friday, October 23.