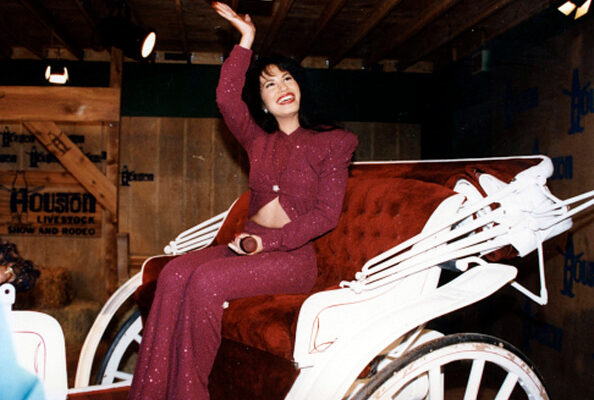 American singer Selena (born Selena Quintanilla-Perez, 1971 - 1995) rides in a carriage during a performance at the Houston Livestock Show & Rodeo at the Houston Astrodome, Houston, Texas, February 26, 1995. The performance was her last before her murder the following month. (Photo by Arlene Richie/Getty Images)

SAN ANTONIO (KTSA News) —Selena fans will be getting a new album nearly three decades after her death.

The 13 song album will be a mix of never-before-heard and previously released songs with new musical arrangements that were remastered with the help of his son A.B.

He said the music production is finished and is working on the albums artwork, and expects it to release in April. An official release date has not been set by Warner Music.

The first track on the album is a ballad Selena originally recorded when she was 13 years old and her voice was digitally altered to make her sound older.

Quintanilla said she “sounds like she did right before she passed away. It’s kind of amazing.”

Selena was murdered in Corpus Christi on March 31, 1995, by Yolanda Saldívar. Saldívar is serving a life sentence and will be up for parole on March 30, 2025.