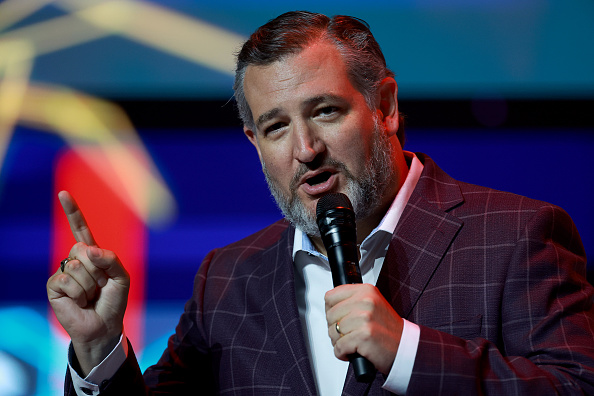 TAMPA, FLORIDA - JULY 22: Sen. Ted Cruz (R-TX) on stage during the Turning Point USA Student Action Summit held at the Tampa Convention Center on July 22, 2022 in Tampa, Florida. The event features student activism and leadership training, and a chance to participate in a series of networking events with political leaders. (Photo by Joe Raedle/Getty Images)

“Voting is a distinct right and privilege that American citizens enjoy in the United States. It is a responsibility, not to be treated lightly, and it must be protected. Voters decide not only who will lead our country, our cities and communities, but also how our tax dollars should be spent and what policies we should adopt. Even the Washington Post agrees that non-citizen voting is a terrible idea. Allowing non-citizens and illegal immigrants to vote in our elections opens our country up to foreign influence, and allows those who are openly violating U.S. law or even working for hostile foreign governments to take advantage and direct our resources against our will.”

The bill comes in response to the D.C. Council’s recently passed measure that would allow illegal aliens to vote in local elections.