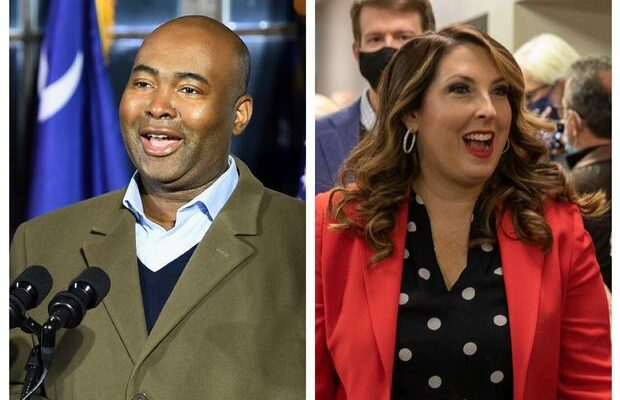 With the 2022 midterm elections less than a year away, Senate Republicans are building on their cash advantage, while House and national committees are sitting on similar warchests.

The Republicans’ Senate campaign arm continued to outraise the Democrats’ campaign committee, beating the Democratic Senatorial Campaign Committee in October for the sixth straight month.  In June, the DSCC brought in slightly more from individual donations than the National Republican Senatorial Committee.

The NRSC raised $9 million in October compared to the DSCC’s $6.9 million haul. It ended October with about $29.7 million in the bank, while the DSCC had $15.9 million cash on hand.

On the GOP side, Senator Marco Rubio ($5.5 million) of Florida and Herschel Walker ($3.7 million), who could face Warnock in Georgia,  were the only Republican Senate candidates to crack $2 million in individual contributions. Some other Republicans have contributed large sums to their own campaigns to shore up their financial standing.

In the battle for the House, Democrats held a slight financial advantage with less than a year to go before Election Day 2022. The Democratic Congressional Campaign Committee raised $11.6 million in October, with about $7.5 million from individuals, while the National Republican Committee raked in $9.7 million, including $6.4 million from individuals. Both committees were sitting on about $67 million at the end of October.

Midterm elections are historically difficult for the party controlling the White House. With state lawmakers redrawing districts around the country, Democrats have seen 17 members announce plans to retire or run for a new office. Over the weekend, Representative Eddie Bernice Johnson of Texas retired. On Monday,  Representative Peter Welch of Vermont said he would be leaving his House seat to run for the Senate following Democratic Senator Patrick Leahy’s retirement, and received the coveted endorsement of Senator Bernie Sanders. Just 10 House Republicans have announced they’ll retire or say they’re running for a different office.

The House and Senate campaign committees are key allies for the political parties in tight races to supplement candidate spending. They can use their millions on television and digital advertisements and send other material, much of which is negative, in an effort to persuade voters.

It was the third straight month, and sixth month this year, that the RNC has brought in more money than the DNC. But Democrats have closed a massive cash gap between the two committees at the start of the year.

At the end of January, the DNC had $44.8 million in the bank and more than $5 million in debt. The RNC, meanwhile, had $83 million in its coffers and no debt. At the end of October, both committees were sitting on about $68 million.

The RNC has spent nearly $150 million this year, including transferring about $5 million to GOP Senate and House campaign committees through the end of September. The committee’s biggest expenditure total, about $11.4 million, has been paid to a mailing vendor.

In October, the RNC reported spending about $120,000 to pay a lawyer who is representing former President Trump in investigations into his finances in New York. The spending was first reported by The Washington Post.

“The RNC’s Executive Committee approved paying for certain legal expenses that relate to politically motivated legal proceedings waged against President Trump,” an RNC spokesperson said in a statement. “As a leader of our party, defending President Trump and his record of achievement is critical to the GOP. It is entirely appropriate for the RNC to continue assisting in fighting back against the Democrats’ never ending witch hunt and attacks on him.”

The DNC has spent about $100 million in 2021. Through the end of October, the law firm Perkins Coie was the top recipient of DNC spending, receiving about $12.6 million from the committee.

Another big factor in the midterms will be how Mr. Trump spends his Save America PAC’s millions. The committee doesn’t have to report its fundraising figures again until January, but was sitting on $90 million at the end of June.