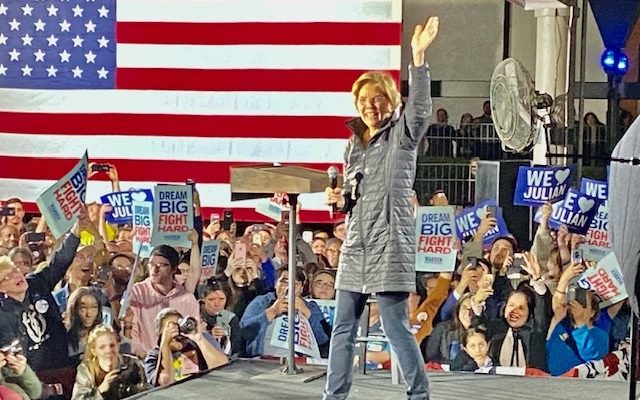 Last weekend, Alexandria Ocasio-Cortez was in town to stump for a couple of local Democratic candidates for Congress.

Warren, who has been in the Senate since 2013 and also made a failed attempt at the Presidency in 2020, is scheduled to co-host a campaign event for Jessica Cisneros.

Cisneros is challenging Congressman Henry Cuellar to be the Democratic nominee for the 28th District.

The event with Senator Warren is Tuesday, February 22 at 5 P.M. at the Cherrity Bar on Montana Street.

The Senator is also scheduled to stop in Austin February 23. She will be there to offer support for Greg Casar.

The former Austin City Councilman is running for the Congressional District 35 seat.