September Reading Takes Us to China, Nazi Germany, the 1950s and Places In-Between 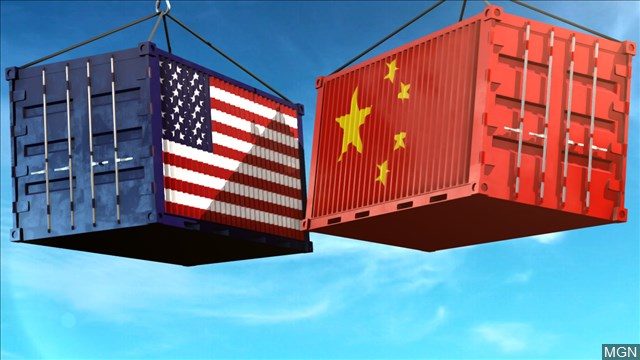 I get to hear all kinds of things from radio listeners—most often when they are unhappy with me or the show. I understand. Occasionally, and I really enjoy these, I’ll get a note about how much someone enjoyed a book we introduced or cited on the show. Also great: your book recommendations. Kathy recently dropped me a line about a Sicilian mystery author, Andrea Camilleri. I have yet to check him out, but I will. In the meantime, here’s what I was reading in September:

“The Goldfinch” by Donna Tartt (2013) I’ve been hanging onto it, but when I saw the movie coming out, I jumped in. Like her other two novels, “The Little Friend” and “The Secret History”, Ms. Tartt creates unforgettable characters and sprinkles them into a plot that always sounds simpler than it is. A boy loses his mother and his way in life, but finds art, beauty and life, again. When you close this book on its last page, you will need to just sit back and think for a while.

“The Case of The Dangerous Dowager” by Erle Stanley Gardner (1937) One of the early stories in the series that gave us TV and radio classic “Perry Mason”. If you ever watched or heard the show, you will always recognize the books’ versions of Della Street, Paul Drake, Hamilton Burger, et. al. But not Perry Mason: Gardner’s lawyer is more James Bond than the way Raymond Burr played him.

“Deceiving The Sky: Communist China’s Drive for Global Supremacy” by Bill Gertz (2019) He’s one of the best reporters covering national security, and his book’s a quick and disturbing read. More than informative, it suggests we can’t afford to take our eye off what China’s doing here and elsewhere.

“In The Garden of The Beasts” by Erik Larson (2011) One of those “micro-histories” that presents an anecdotal “sliver” of a larger story (Hitler’s rise to power). Larson here presents the story of a Chicago professor who winds up as the unlikely US Ambassador to Germany in the mid-1930s, and how he and his daughter experience the emerging horror. It’s an informative post-card from a past that we sometimes oversimplify.

“The Subtle Art of Not Giving a F*&#” by Mark Manson (2019) When friends were recommending this, I had to read it. In short, the title shortchanges the author’s more nuanced advice: don’t focus on what you have or don’t have, or on unrealized dreams. That’s the f___ you shouldn’t give. Instead, focus on what kind of pain or sacrifice you are willing to make, because that will determine what you’re going to get out of life. Easy to read or skim.

“Dead Souls” by Ian Rankin (1999) Rankin’s police detective, John Rebus, is an anti-hero with bad habits, whose friends, family and coworkers don’t get him. But if you’re the crook he’s after, he will get you. Every Rankin tale is so good, I can’t imagine anyone not reading the whole series, which I’m trying to do.

“Dark Justice” by Jack Higgins (2004) He’s in the Robert Ludlum-style, and worthy of the comparison. When a plot to kill the US president fails, Sean Dillon and his British team of counterintelligence irregulars chases down the bad guys, who then set out to kill Dillon and company.

“The Black Curtain” by Cornell Woolrich (1941) It will always fascinate me that Woolrich led the life of a reclusive, closeted man—yet can write about all kinds of people and the worlds they move in so vividly. His calling card is always the desperate man in the impossible situation. Here, we begin with Frank Townsend regaining consciousness after a street accident, and having to frantically recover his missing memory and solve a murder for which he is wanted.

“Three Days in January: Dwight Eisenhower’s Final Mission” by Bret Baier and Catherine Whitney (2017) Just re-read this excellent recap of the Eisenhower presidency and his urgency in leaving behind an important final message for the American people on January 17, 1961, just before the swearing-in of JFK. Someone has said that in crucial moments, life seems to bring forward just the right people to lead. You will get the sense that General Eisenhower (the title he would prefer in retirement) lived his whole, remarkable life just to prepare him to deliver this landmark message in his farewell address.