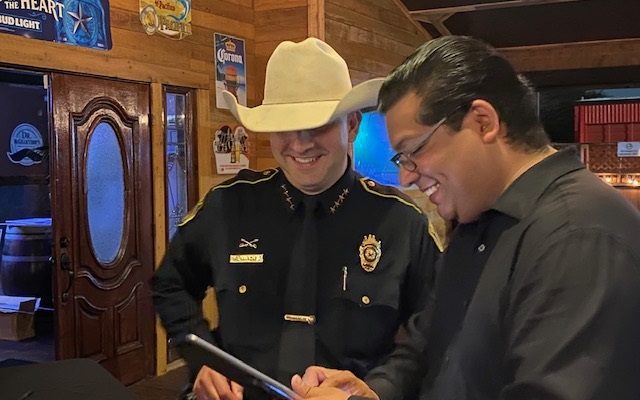 SAN ANTONIO (KTSA News) – Bexar County Sheriff Javier Salazar held on to win the Democratic Primary Tuesday. He ended up with 54 percent of the vote over four challengers.

“Violent crime is down pretty drastically in unincorporated areas of Bexar County. Response times to calls are down,” Salazar said on election night.

“I’m looking forward to a spirited, but clean campaign. I’ve got every reason to believe that he’s going to be a gentleman and he can expect the same from me,” Salazar told KTSA News.

Around 1:30 Wednesday morning, with 219 of 280 polling sites reporting, Salazar’s lead dropped below the 50 percent mark, but he gained enough ground to avoid a runoff.

“I’m going to stand strong on what I believe, and I believe that we’re heading the right way with the sheriff’s office,” said Salazar.