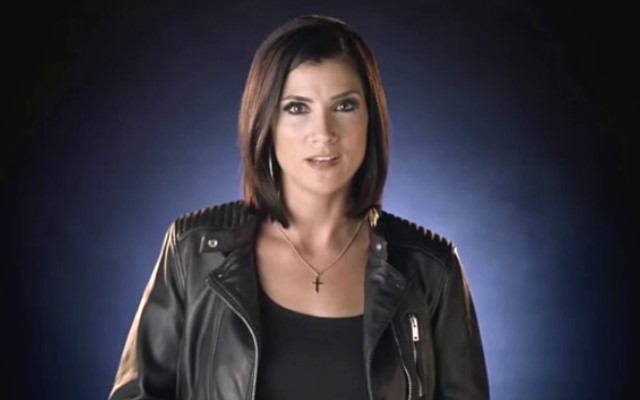 Dana Loesch hosts her award-winning, nationally syndicated daily radio show, The Dana Show: The Conservative Alternative from Dallas, Texas, where she also hosts “Dana” on The Blaze television network. Dana appears regularly on Fox News, ABC, CNN, among others, and has co-hosted on “The View.” She describes herself as a “conservatarian.”

Dana’s original brand of young, punk-rock, conservative irreverence has found a fast-growing audience in multiple mediums. Dana is listed in the top 40 of Talkers Magazine‘s top 100 “heavy hitters” and was named Missouri’s #1 Radio Personality in 2014. A former award-winning newspaper columnist (and notable blogger since 2001), Dana was ranked as one of the top 16 most powerful mothers online by Neilsen and one of the top 30 Under 30 according to the St. Louis Business Journal. Dana was the 2012 winner of Accuracy In Media’s Grassroots Journalism award as well as the inaugural Breitbart Spirit Award. Dana was one of the original Breitbart editors selected by her late friend and mentor, Andrew Breitbart, to head what was BigJournalism.com and helped break the Anthony Weiner scandal before departing in 2012. Her Best Selling book on gun control, Hands Off My Gun: Defeating the Plot to Disarm America is on shelves now and is turning the tide in the gun debate. Mark Levin wrote of her book that it, “Obliterates every baseless argument made against the Second Amendment.” Sean Hannity quipped, “Buy this book before someone tries to ban it.” Michelle Malkin states, “WARNING: This book is explosive! Mother, wife, New Media warrior and political sharpshooter Dana Loesch confronts the ultimate war on women: gun control.”

Dana co-founded the tea party movement in St. Louis and speaks regularly on the subject of new media, gun control, anti-feminism, and grassroots.

A native Missourian, she and her family now live in Texas.

Connect With Us Listen To Us On