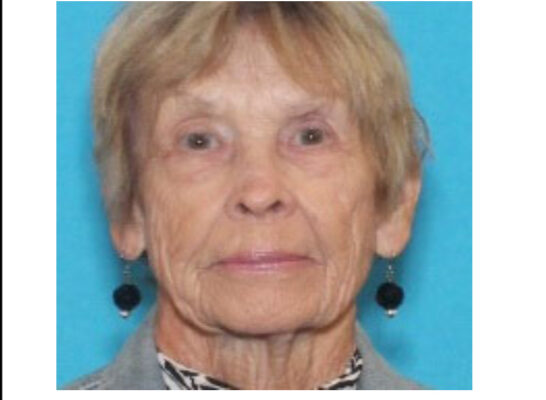 UPDATE:  The Silver Alert for Edith Hundley has been canceled. No further details have been released.

Hundley is white female, 5 feet tall, 113 pounds with brown hair and eyes. She was wearing a dark purple shirt and blue jeans at the time of her disappearance.

The sheriff’s office says her disappearance poses a credible threat to her health and safety so they’re asking anyone who may have seen her or know where she is to get in touch with law enforcement.