Some Year-End Titles From A Year Made For Reading Books 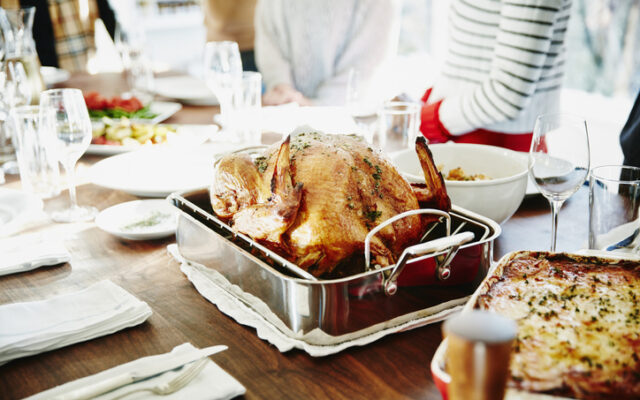 You have to love used books. I mean, you really HAVE to, if you buy  and read a lot of books. Otherwise you’d go broke. And you’d be limited. If you want some vintage Ellery Queen, Erle Stanley Gardner or John MacDonald (and I always do), online-sellers and storefronts with old books are the only way to go.

An added bonus can be what you find inside a used book. People leave airline boarding passes, postcards, and other memorabilia. You know, as bookmarks. A few times, I found the sales receipt from the original sale of the book. Did they buy it at an airport? Was it a flight delay, or in-flight reading? One time, I was intrigued by the other titles the person bought, besides the book I was holding. I eventually bought one of those two, figuring this other guy had good taste in reading. You’ll see that little discovery below.

Here’s what I spent Thanksgiving til year’s end reading:

“The Falls” by Ian Rankin (2000) Rankin’s protagonist is a Scottish rebel cop named John Rebus, and as usual, he has as much of a battle with the bureaucracy of policedom as he does with the criminal element. An excellent installment in the long-running Rebus series.

“Call For The Dead” by John LeCarre (1961) Why has a man who underwent—and passed—a routine security check killed himself. It’s up to leCarre’s legendary George Smiley to find out.

“The Greek Coffin Mystery” by Ellery Queen (1932) In one of the earliest Inspector Queen/son Ellery tales, a wealthy man dies, his will disappears, it’s determined that the only place if could be is in his already-interred coffin. They pry it open, don’t find the will, but find something much worse. The early Queen stories are hard to find, but worth the search.

“The Last of the Mohicans” by James Fenimore Cooper (1826) From the writer who many think was the first great uniquely-American literary voice, “Mohicans” is not only a gripping tale of war, gallantry and Native American history, but it’s also a travelogue of the Lake George- NY region, which is a personal favorite of mine. Even, or especially, if you’ve seen the movie, read the book.

“The War in The West: Germany Ascendant 1939-1941” by James Holland (2015) Holland is one of the young, fresh historians bringing new life to the telling of an old war. As much as I’ve read about WW2, he made me stop, think and realize things about both sides. Look for more by him.

“Find A Victim” by Ross MacDonald (1954) Private eye Lew Archer is just passing through Las Cruces (he thinks) until he stops to play Good Samaritan to a man dying alongside the road. Naturally, this being MacDonald and Archer, he gets sucked into a morass of corruption that he can’t just drive away from.

“Live and Let Die” by Ian Fleming (1954) Bearing little resemblance to what would become the first James Bond movie starring Roger Moore, I actually think they could remake it, truer to the novel, and it would be a heckuva launchpad for the next actor to play “007”. This was Fleming’s second Bond novel, and he wrote it before he knew what a sensation he had created with its predecessor, “Casino Royale”. Bond fans loved it then and will love it now.

“Dead Souls” by James Doss (2003) James Doss wrote a series of mysteries featuring Ute detective Charlie Moon and set around tribal life in Colorado. The novels started as a hobby, apart from his electrical engineering and biomedical work at Los Alamos. Then, upon retirement, Moon and his adventures filled the rest of Doss’ life. They are superb.

“Disappearing Through The Skylight: Culture and Technology in the 20th Century” by O.B. Hardison (1989) This is the book I discovered on someone’s forgotten bookstore receipt, inside another book. The title so intrigued me that I looked for it online, and ordered it. All I can say is that I would never have heard of it otherwise. And, now, you would never have heard of it, otherwise. But, let me save you the trouble—it’s pretty badly outdated at this point.

“The Fires of Midnight” by Jon Land (1995) One in a series with rogue super-agent Blaine McCracken and his sidekick Johnny Wareargle, featuring the usual improbable plots and non-stop action and intrigue. Always a fun read.

“The Hunt Club” by John Lescroart (2007) From an author best known for his Dismas Hardy series, Wyatt Hunt is his “other” (and I actually think better) protagonist. Hunt’s a former child-welfare investigator who’s decided to play outside the lines to get the bad guys, and you’ll be glad for his decision. Who killed a federal judge and his much, much younger mistress, and why? With Lescroart, you always get great plots, meticulous legal detail, zesty dialog and a tour of California.

“The Bourne Objective” by Eric von Lustbader (2010) EVL is one of my all-time favorite authors, and having him take over the Jason Bourne character created by the all-time best thriller writer, Robert Ludlum, is can’t-miss stuff. Again, I have to say it—way better than the movies.

“The Neon Jungle” by John MacDonald (1954) Besides being a noir master, MacDonald might be the best author you’ve ever read at taking you inside people’s lives and jobs. This potboiler is set inside a family-owned neighborhood market. How suspenseful could that be? A couple of hundred pages later, you’ll know. MacDonald is best known for his Travis McGee private-eye series, set in Florida, but standalone novels like this are every bit as good, and some, are better.

“Life of Christ” by Fulton J. Sheen (1958) Some say Bishop Sheen was America’s first televangelist, starring on radio and TV from the ’30s to the ’60s. He definitely had a gift for the microphone. But maybe that’s because he also had a gift for conversationally explaining Christianity. The only mistake I made is reading his classic gospel-based “biography” of Jesus was reading it straight-through. I recommend spreading it out over a long period, savoring each chapter and realization over time.

“The Crossing” by Michael Connelly (2015) LAPD detective Harry Bosch is retired now, but reluctantly-pulled into a private investigation. His half-brother, celebrity lawyer Mickey Haller needs him, and so does Haller’s client. As usual with Bosch, and like John Rebus mentioned above, his fight is both against criminals and against criminally corrupt and incompetent cops. Bosch never gives up, and you’ll never put him down.